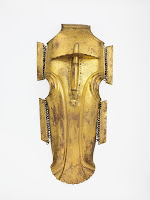 the chamfron - let us take a look  at this special piece of horse armor, perhaps one of the earliest pieces of armor invented to protect valuable war horses, this time horse's heads from injuries in combat -arrows, spear points and just blows to the vulnerable head. Even the latecomers to the horse warfare, that is the American Indians used their own chamfron-like horse masks well in the XIX century.
This time we will look at the Islamic chamfron used by the elite horsemen, used by the faris spahi, gulam or mamluks from Islamic states spread fromin Indian subcontinent like the Mughal Empire etc, Central Asia, Persian Western Asia, Mameluke Egypt, North African states and finally across the Ottoman Empire. In the Islamic context this part of horse armor was used until the XIX century in some parts, but the Ottoman spahis stopped their use already in the XVII century, while the Persian continued using it into the late XVIII century or laters (perhaps just for parade purposes. The chamfron saw the longest use in the Indian subcontinent.

One observation that immediately comes to mind is the narrowness of the chamfron - does this imply that the horses had more or less narrow pr narrower foreheads unlike today's Arabians from the Western Asia and Egypt? 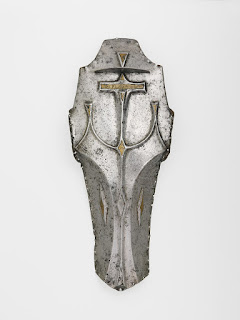 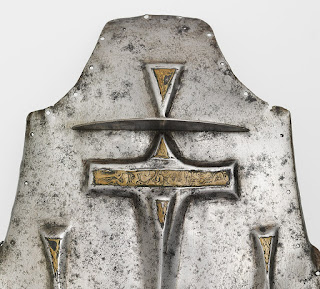 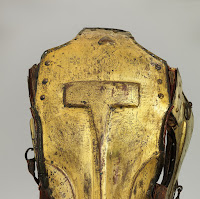 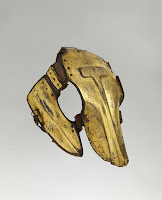 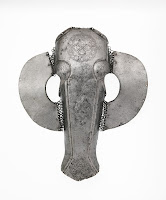 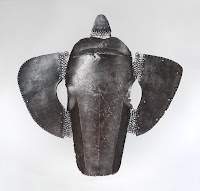 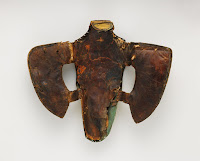 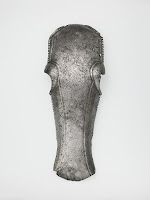 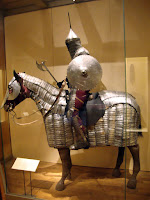 From the Wiki galleries , nota bene on Wiki Commons someone decided to name the horse head armor gallery a shaffron[sic!] - God knows why? when chamfron is mostly used in scholarship (eg dr David Nicolle's books on the Mamluk(mameluke) warriors and other Islamic warriors). Why they decided to use a noun chanfron instead of chamfron on Wikipedia entry also beats me?
But then Wikipedia is full of strange names and arbitrary selections when come to history and art history etc.
Valete!
ps
one day soon I will gather here some of the Christian European chamfrons from the heyday of its use in Europe and Spanish colonies in the Americas.
Posted by Dario T. W. at Wednesday, December 04, 2019