Salvete Omnes,
first, update on Katyn Forest Memorial  from Jersey City, the Jersey Journal reports that a deal have been made between the representatives of Katyn Forest Massacre Monument Committee and JC mayor Fulop - under this deal the monument will be relocated to the foot of York Street on the Hudson River.


Sadly, it seems that as a part of this deal the Polonia (Polish -Americans and Supporters from the larger American society) demonstrations in support of the Monument planned for Saturday 12 & Sunday May 13 had been canceled and permits withdrawn.*


One of the lawyers representing Polonia case against Mayor Fulop & JC (they filed 2 lawsuits, injunction and FOIA request in court) wrote about the new location being not quite suitable for the monument.
Researcher on Katyn Massacre Ms. Krystyna Piorkowska recorded a short video about the proposed site.


.... and some horses from the canvas of one of the most prolific Polish painters of the XIX century - January Suchodolski, was was a disciple of Horace Vernet - he painted horses and horse riders, Polish soldiers and historical figures and many other equestrian themes.
Pan January cavalryman & horseman, veteran of the Duchy of Warsaw and Congress Poland armies, veteran of the November Uprising and a patriot through and through. 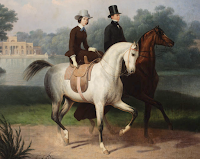 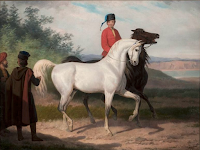 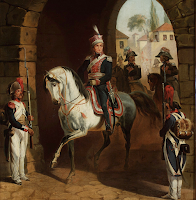 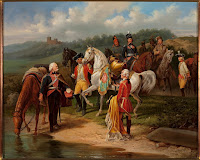 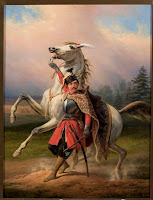 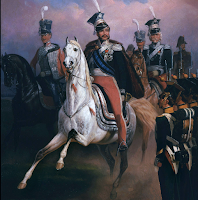 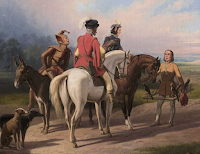 ''In honor of Prof. Ryszard Legutko and his book, The Demon in Democracy, the Consul-General of Poland, Maciej Golubiewski, convened an event on May 9, 2018, to address the following topic: “Democratic Reformers or Illiberal Backsliders? Poland and the challenges of sovereign politics in the West.” Professor Vermeule has kindly agreed to allow us to publish the illuminating remarks that he delivered at this event. One need not think democracy is the best form of government to realize that it is not, in and of itself, liberal. Liberalism, however, needs democracy, or more precisely it needs the “periodic ceremony” of democracy.'' - https://thejosias.com/2018/05/09/liberalisms-fear/