Salve,
I  bought, from Amazon, the 1970s album devoted to life and works of Henry Farny, French-American painter, who depicted the vanishing Plains Indians. By 'vanishing' I mean the horse-warriors of the Great Plains who in Farny's day had been recently and forcefully brought to fixed reservations, their horse herds removed from them, bison herds killed off, and thus these nomads were grounded, for ever, in their meager and deteriorating conditions. 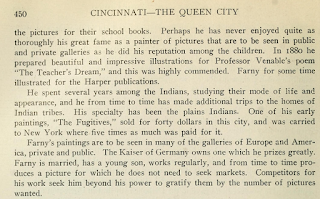 Farny was very precise in his depiction of the Indian ponies (horses) and their riders, thus I would like to share with you some of the paintings collected from Wiki Commons.
Note that the horses are very lean and rather small, similar to the ones depicted by Charles Russell. 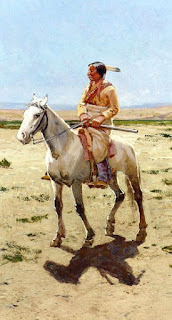 Also, the encampments represent the 1880s and late periods of the reservation life, when the tents aka teepees were  getting smalled, their bison hide covers were giving way to the government issued canvass, thus the size of the tent poles was smaller and so on.