Hans Mielich - wagons and horses in the Imperial army camp 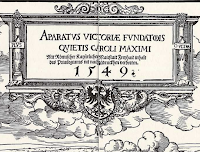 a short entry - maestro Hans Mielich and his woodcut showing Imperial army and their camp near Ingolstadt (via digital library zeno.org ) circa 1549AD. It was during the Schmalkaldic war when the Imperial army of Karl V/Chalres V (Carlos I of Spain)faced the Schmalkaldic  League for two weeks, it was a stand off and ended with the League army withdrawing.
I enlarged some of the details showing horses in camp, wagons and carriages, war and sumpter horses, field stables, horse feeding,  landsknechts, and lancers and their musicians, and numerous officers and men-at-arms, numerous tents and even a pontoon bridge etc. 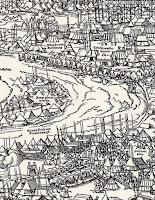 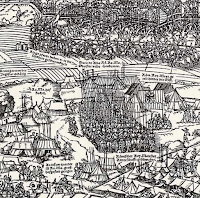