Salvete Omnes,
quick post:
e-codices portal allows for viewing, downloading and manipulating this extraordinary book from circa 1513AD, from Luzern (Lucerne), Swiss Confederation (today Switzerland) - Chronicle by Diebold Schilling of Lucerne.
Presented to the city of Luzern by its author Diebold Schilling the Younger (although clearly there were two painters doing the illuminations) they say that the chronicle remains unfinished. (I have not tried to read it at all).
This chronicle starts with the battle of Sempach and ends right before the coming of Reformation. 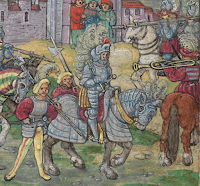 I perused the folio yesterday - more than 600 pages, over half of them with illuminations, and corralled for you and I some images that in my opinion contain so,me interesting images of saddles (including a saddle for driving ), horse tack, various horse types, mules and pack driving etc. This is but an entry into the rich iconographic treasure this chronicle is for many a student of late Medieval Central Europe. 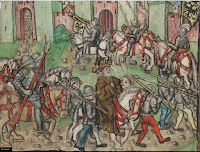 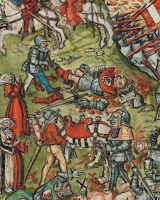 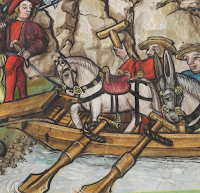 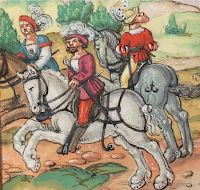 nota bene the chronicle contains many images of tents, chivalry combat, combat, rapine and pillaging, traveling, farming and architecture. The illuminators show various types of arms, variety of armour, and coats of arms of the period. 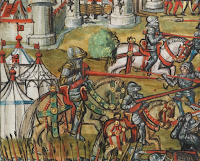 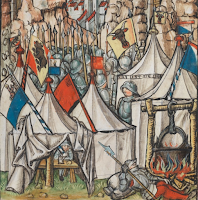