just a short entry on this day  but 920 years ago or on  June 7, 1099AD the Crusaders under their respective leaders reached the walls of the city of Jerusalem and the famous siege begun.
There is a book on academia - The Social Structure of the First Crusade by Conor Kostick who is a scholar studying this period- where the various social aspects of the crusades are studied and dissected.
Deus lo vult!
*** 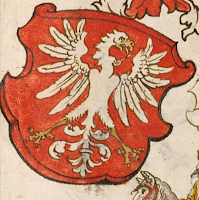 Ad rem, wiki commons has many images of the Grand Duchy of Lithuania coat of arms known as Pogoń in Polish, Pahonia in Belarus, and  Vytis in modern Lithuanian, -  a charging knight with a sword brought up to strike on a galloping (white usually) horse.
During the time these drawings were created the Polish Kingdom and Grand Duchy were united under one king, of Jagiellon dynasty.

For the purposed of this post among the hundreds of Pogon in the collection there are several images of interest.
They all come from the first half of the XVI century, they are showing  White Eagle and Pogon together.
They are interesting in that they also show early winged hussars, somewhat idealized and/or simplified. 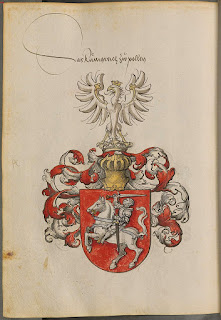 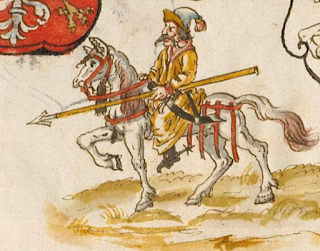 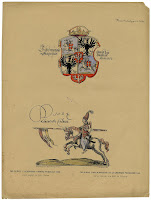 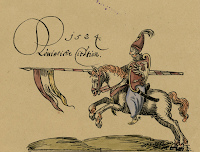 there is also a third image, of Pogon alone and without the customary shield 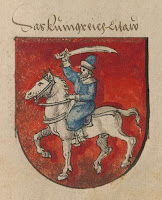