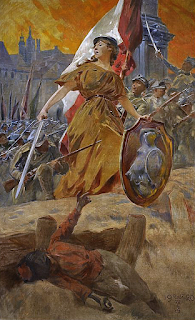 Salve,
today in Polish Republic or Rzeczpospolita Polska they celebrate the Polish Army Day, including the military parade in Warsaw. also, this the Feast of Assumption - Hail Mary, Queen of Poland!
The date commemorates the victory secured by the Polish armed forces over the invading Communist Russian Red Army 13th-25th August, 1920. So called Mircale on the Vistula or the battle of Warsaw along with the defeat of the Budyonny's Horsearmy at Komarów  and the battle of Niemen River

constitute the triple victories that led to the establishment of the post-Versailles borders for the newly independent Poland.
I must stress that thanks to the work by the Polish politicians like Roman Dmowski and Wincenty Witos and countless others the most numerous group of the Polish society, the peasants, joined en masse the Polish armed forces and thus won Poland's independence. They say the peasants feed you and defend you.
Some photos from the battle of Warsaw 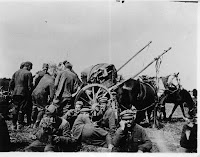 Vivat Polonia, vivat milites Poloni! - including Polish-Americans, Polish-French and Polish-Brazilians - the Blue Army!
...but also vivat Poland's Ukrainian & Belorussian brethren, as the officers and soldiers from these two nations fought on the side of Polish soldiers in the war! Also I salute the White Russians  and the Cossacks from Don and other hosts who fought as allies for humanity during the 1920.
Vivat 'foreign volunteer' soldiers - especially from France, including future President Charles de Gaulle , but perhaps more important was the military material aid received by Poland that arrived from France along with the Blue Army. Here should mention the Hungary sent munitions in the most critical time to Poland ( eg about 80 rail freight-carts arrived at the Skierniewice train station full of ammunition from Manfred Weiss factory in Hungary on August 12, 1920). Romania also lent Poland a helping hand in this war, allowing war material trains from Hungary to pass on their way to Poland. Unfortunately, newly established Czechoslovakia was Poland's most active enemy, including armed annexation of the Polish Cieszyn Śląsk. 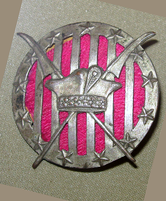 the pilots (7th Air Escadrille) from the United States under Merian C. Cooper 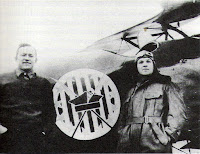 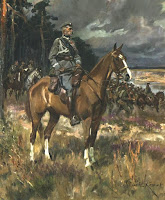