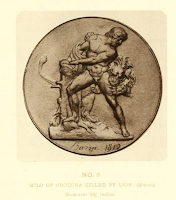 back to some fabulous sculpture works and other treasures of the 'decadent' XIx century academic art (just joking). 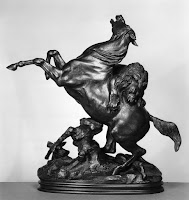 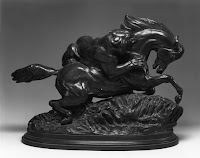 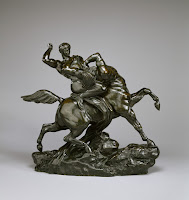 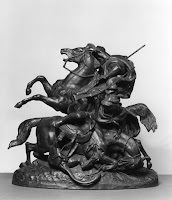 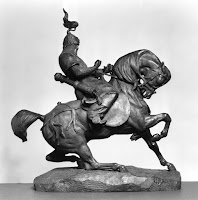 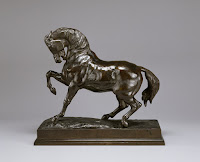 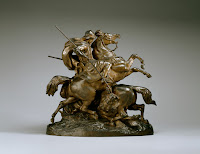 Antoine-Louis Barye (archive.org books), student of nature, painter and  animalier, was privileged to live during the times when France was the cultural epicenter of the Western world. He studied the ancient sculpture in the French collections (some taken from other countries by Napoleon ), then the real-life human and animal form until he was able to achieve  skill level and ability to portray humans and animals on the level unseen since the Antiquity. 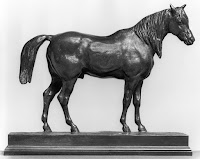 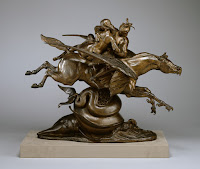 This was also the time of great upheavals, and solidifying of the  rule of the middle class, thus he was able to create sumptuous art for various clients, be it the middle class or nobility and soon governments.  He worked in clay,  stone, in wax and had  his sculptures cast at a foundry run by the Honore Gonon family : 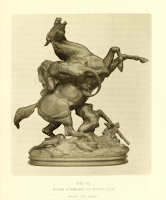 So although there are plenty of pages devoted to his art and there is a Wiki entry about his art and he, I would like to add a blog entry to monsieur Barye. 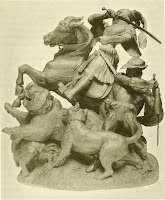 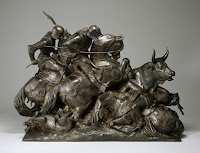 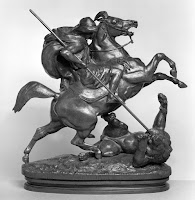 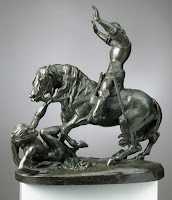 MET has a page containing his work in their collection, large files worth studying.