Salve,
again,  it is Anno Domini 2017, the very brand new and full of promises year - wish you all the best, especially good health and lots of smiles. 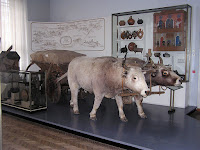 I titled this post the 'czumaks' or chumaks (alternatively chyumaks) because these teamsters with their ox-drawn tall wagons were the most ubiquitous sight in the ''ukrainian' ('ukrainne' - the edge lands, borderlands - in the Polish sense of the Pontic or Black Sea northern shores area between the Crimean Khanate and Wolyhnia and Podolia of Poland) steppes during the XVI through XIX centuries, note that in the late XVIII century this area was conquered by the Russian Empire; the conquest and annexation had been causing massive exodus of the Muslim Crimean Tatars to the Ottoman Empire, and the influx of Ukrainian and Russian subjects (including German, Polish etc), while the local Crimean population of Greeks and Armenians grew steadily (mostly destroyed by Stalin after 1944).
Armenian, by nationality  but a Russian subject, artist  living in Crimea Ivan Aivazovski - painter of the Pontic region of the Russian Empire - painted the czumaks, but Crimea and the Pontic (Black) Sea figure high amongst his many subject.

Jan N. Lewicki did this engraving showing the czumak

and other depictions from XIX century 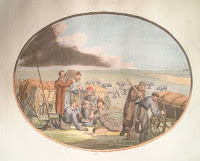 including a historic photo