Salve,
they say that today, on April 14, but 1050 years earlier or in 966AD a Polish ruler Mieszko (Dagome) and his court were baptized and became members of the Christian community. This ceremony occurred perhaps  in one of the strongholds these Piast rulers had built in Wielkopolska (Greater Poland), either in Ostrow Lednicki or Poznan. He was a ''Rex Barbarorum'', and his state quickly arose to prominence on the eastern flank of the Holy Roman Empire, at odds with the fellow Slavic and Christian Bohemian state, and poised to take more lands and tribes in all directions. 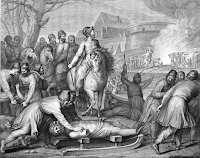 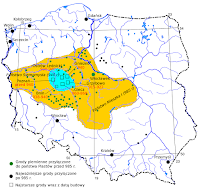 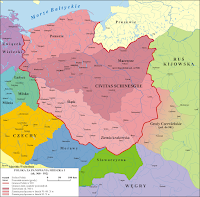 Since the very beginnings of Christian Poland are mostly shrouded in myth, legend and hearsay, other than written records have to provide some more detailed info about the early medieval Poland. 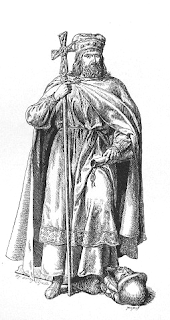 Archeology has provided some answers about the Piast state. It appears now from dendro-chronological analyses undertaken in 1990s that the early medieval Polish state begun at the turn of the IX century, while the huge building projects peaked in the 930s through early 940sAD, thus it can be said with certainty that our Piast Poland rose to prominence in 940AD.

southern Poland before the Piasts - in light of the archaeological explorations https://www.academia.edu/20389280/Zanim_powsta%C5%82o_pa%C5%84stwo_Piast%C3%B3w._O_osobliwo%C5%9Bciach_ziemi_krakowskiej_IX_X_wieku_w_%C5%9Bwietle_danych_archeologii_Before_the_Piast_state_was_established._The_peculiarities_of_the_ninth_and_tenth_centuries_in_Krak%C3%B3w_Land_in_the_light_of_archaeology_