Salve,
continuing from my last entry, we will look at the dignitaries and courtries around Jan III Sobieski
Today the top military commanders 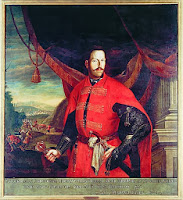 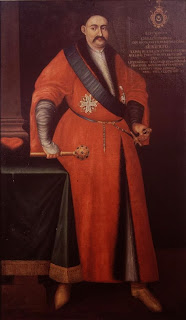 and his son Adam Mikołaj Sieniawski, Leliwa coat of arms, future hetman, who took part in the battle of Vienna 1683 being only 17 years old 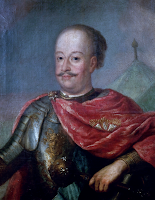 voivode of Kiev and Crown Field Hetman Andrzej Potocki, Pilawa coat of arms, amongst others commander of the Crown army left wing at battle of Chocim (Khotyn) 1673. 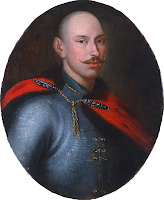 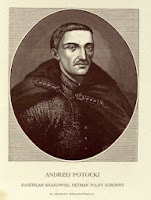 his son Stanisław Potocki, Pilawa coat of arms, who was killed at the battle of Vienna 1683. I will write about this chevalier and his brave and untimely death. 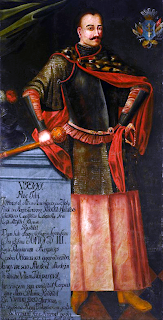 I hope to write and illustrate with my drawings some more detail  about these men  in the  future, God willing