Horses at the pasture - Ajdukiewicz

May has begun - it is a lovely time to be living in all that greenery, unless some pollen allergies are clogging your good spirits. Go 'Keto' and forget about the allergies.
so for a good start of this brand new month - a painting  by Tadeusz Ajdukiewicz, Horses in the Pasture painted in the 1870s, and at the present can be found in the Polish painting collection of Borys Voznytskyi Lviv National Art Gallery at Lviv(Lwow), Ukraine.

Not a disloyal subject of the Hapsburg kaiser Franz Josef's empire,  our maestro  Tadeusz Ajdukiewicz (1852-1916) was born in Wieliczka, where the wondrous salt mines still exist, and in his early years had a wide variety of teachers, from Krakow Academy to Jozef Brandt in his Munich atelier to French Paris masters of the late 1870s. He was very popular as the painter of horses and especially of equestrian portraits. The canvas  in question was painted early in his career when he was still very young. In 1877 he  made a trip, with count Wladyslaw Branicki to the Middle East and also to London, where he painted a portrait of then Prince of Wales.
When World War I erupted in 1914,  rather elderly but patriotic maestro Ajdukiewicz joined the Polish Legions, sub-command within the Austro-Hungarian Imperial army, and during the 1916 campaign his health gave way, he got pneumonia and succumbed to it in one of the Krakow's hospitals. He was buried there and his tombstone is located at the Rakowicki Cemetery. 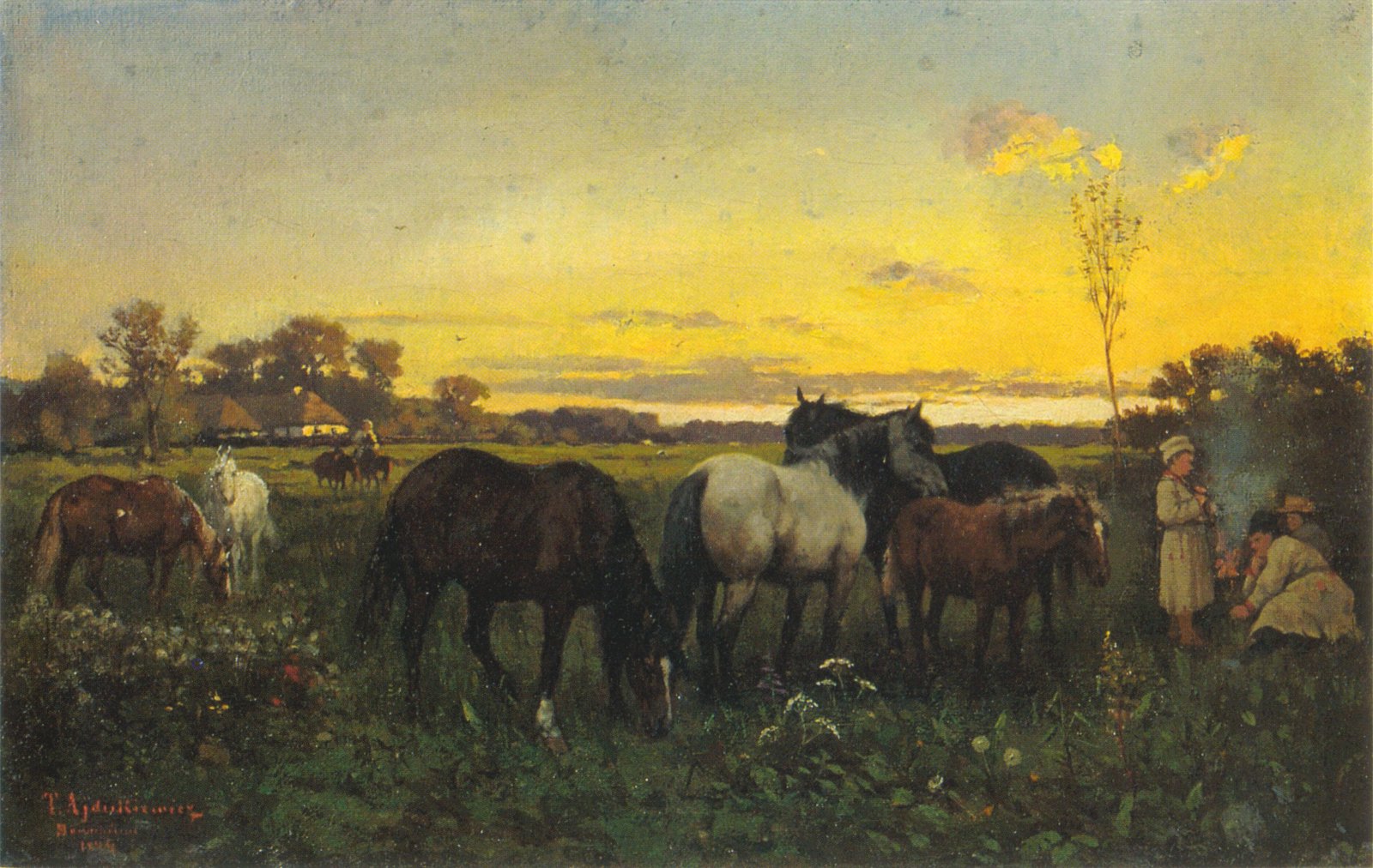 The painting appears to show a later part of the Spring, or perhaps early Summer. The grazing horses in this painting are of the peasant type, sturdy 'konik polski' type, and they are being watched over by the boys, the time immemorial in the Indoeuropean history of horse husbandry (ten copied by the ancient Turkish herdsmen and repeated in the Americans among the native boys).