Kingdom of Benin horse and warrior I do not know much about the ancient and pre-colonial sub-Saharan African cultures, especially when comes to horse and horse warriors.

From the Wiki Commons repository of various museums collections I selected various photos of the so called Benin bronzes, collection of artworks created in the pre-colonial Kingdom of Benin, abolished by old good British guns and bayonets at the end of the XIX century.

Hence the Benin bronzes warriors represent in  the martial art of the Edo people of present day southern Nigeria, from the XV century though XVII century etc : 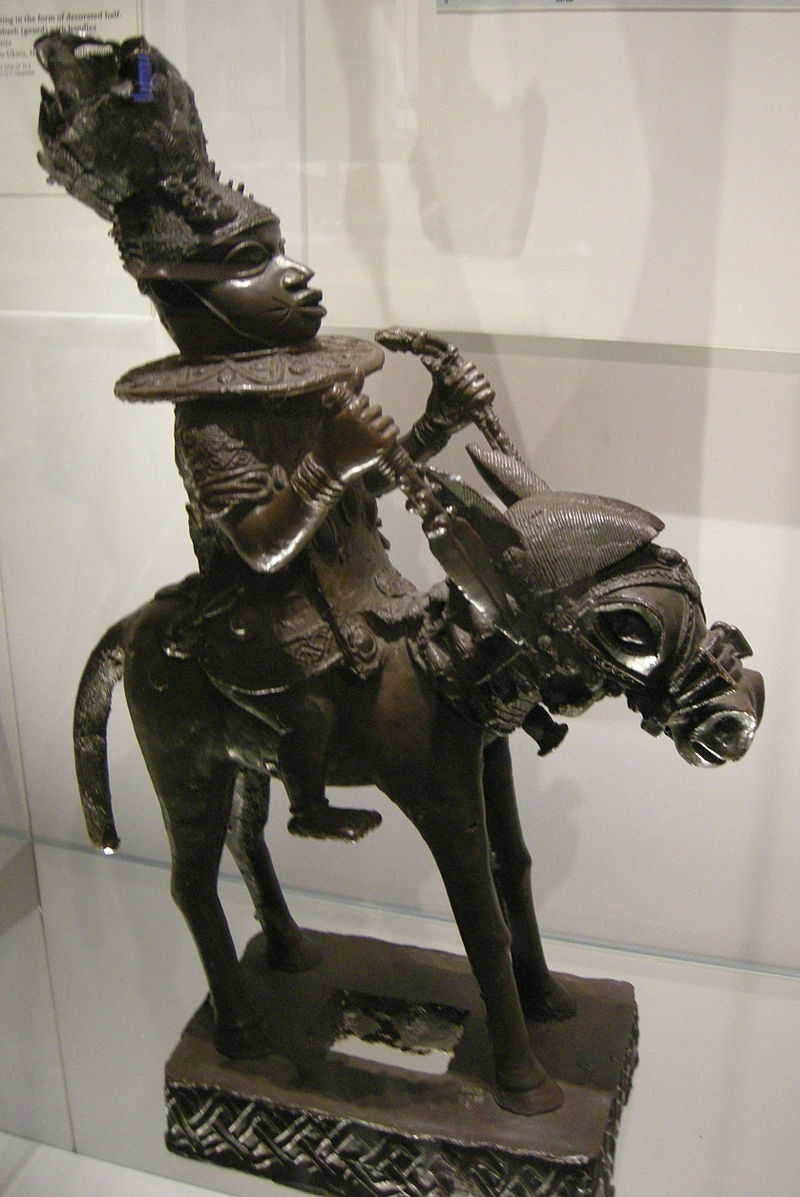 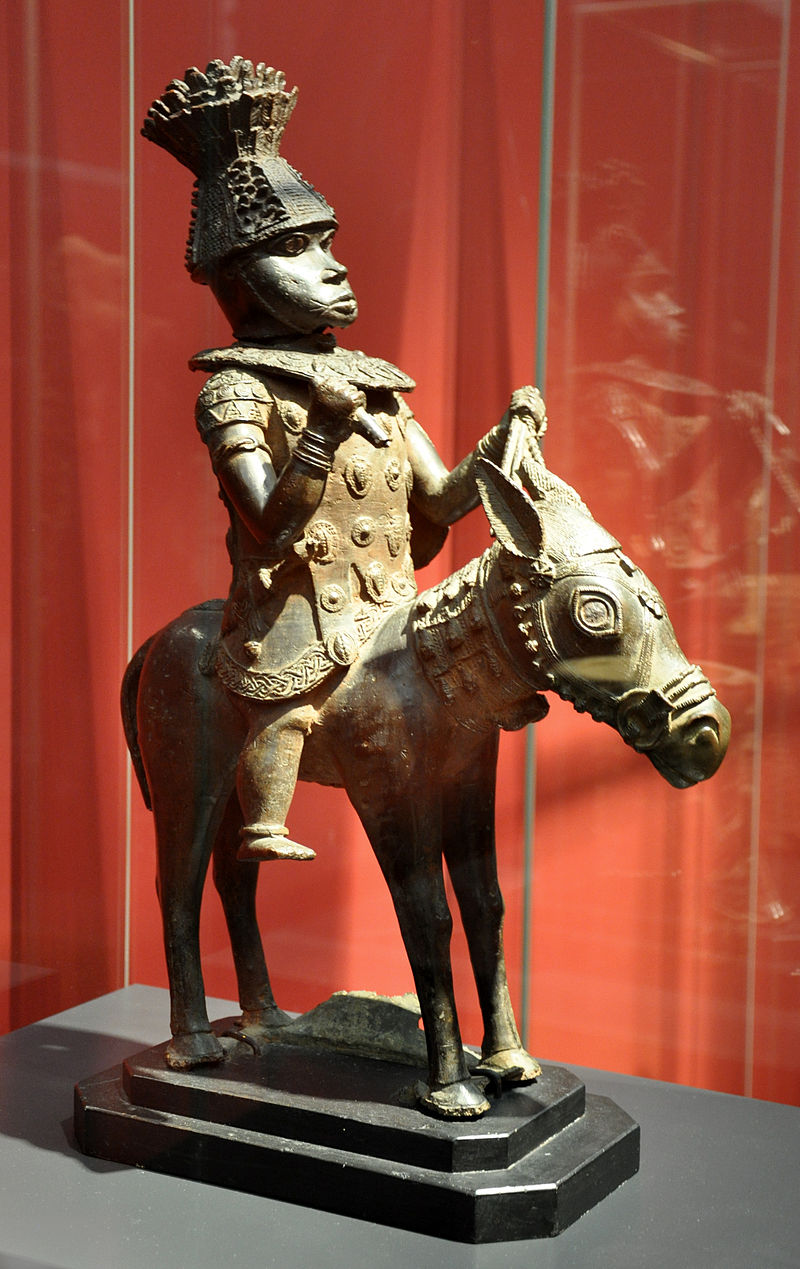 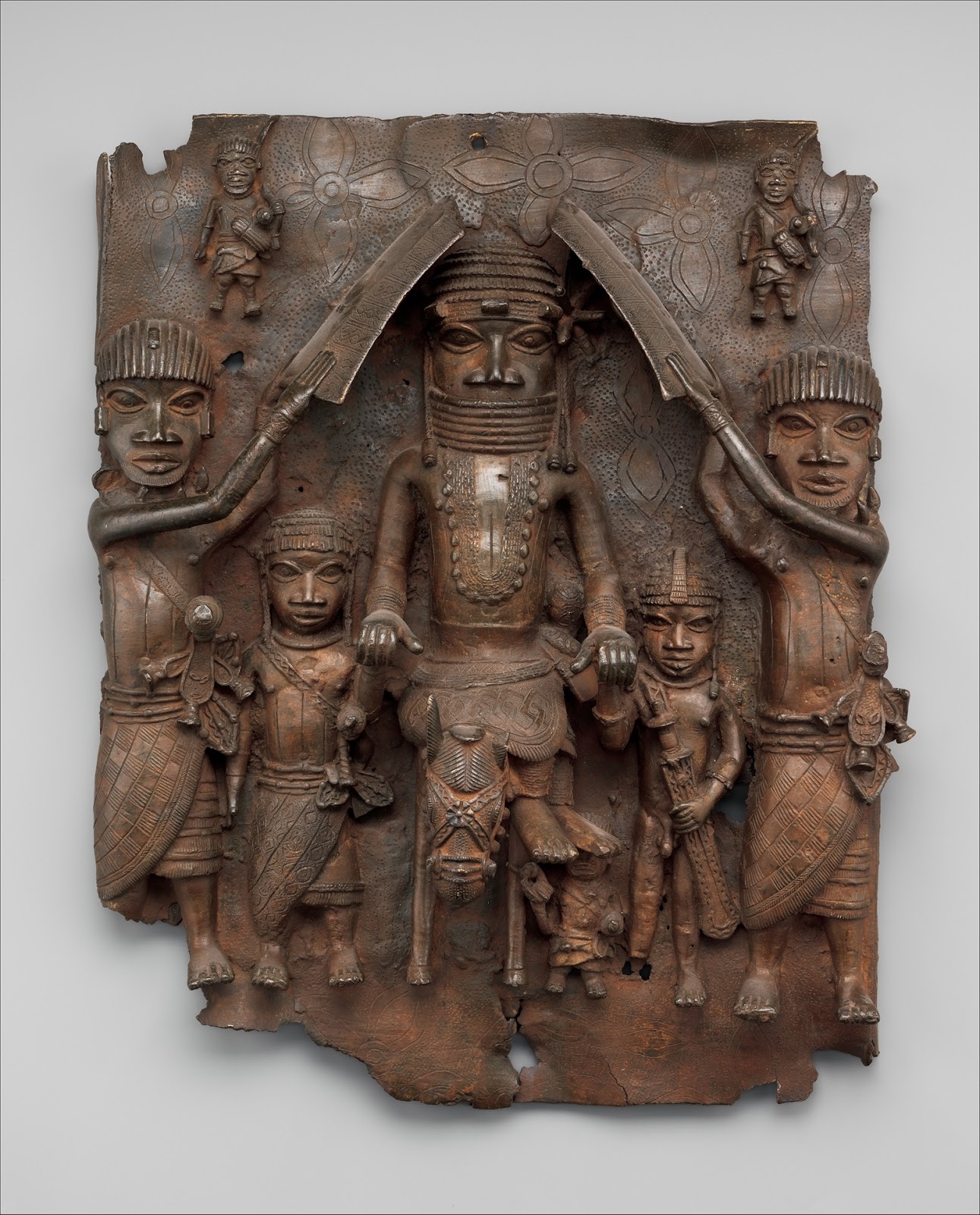 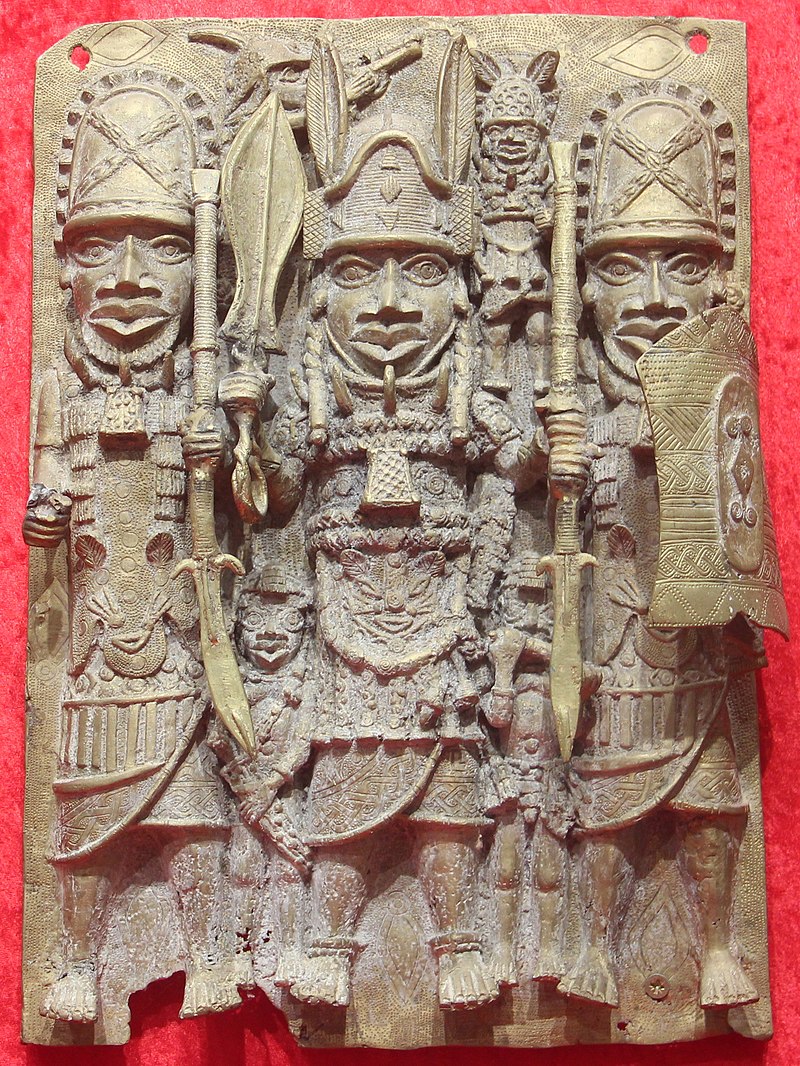 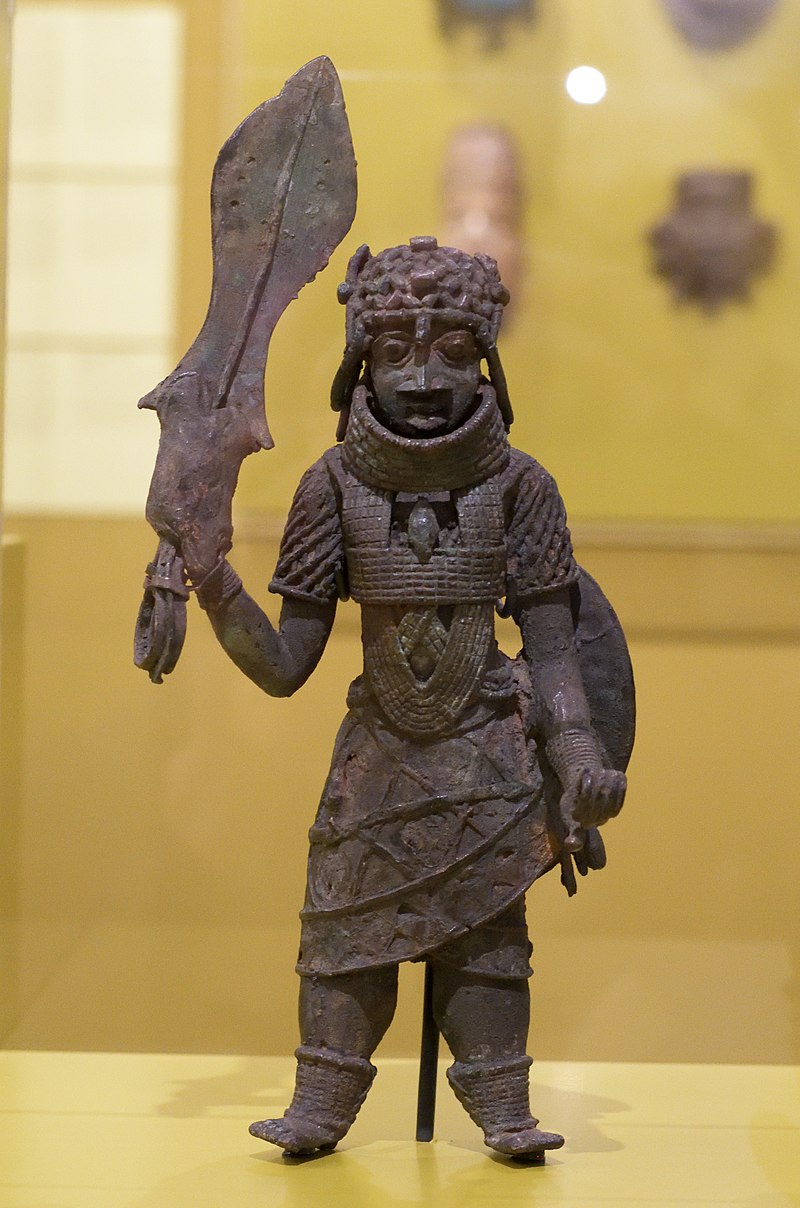 I wonder what horses they used - some sort of mixes of horses from the North Africa, Sahel, like Dongola and Barb, and the more central African breeds like  Poney Mousseye and Old Nigerian Pony? 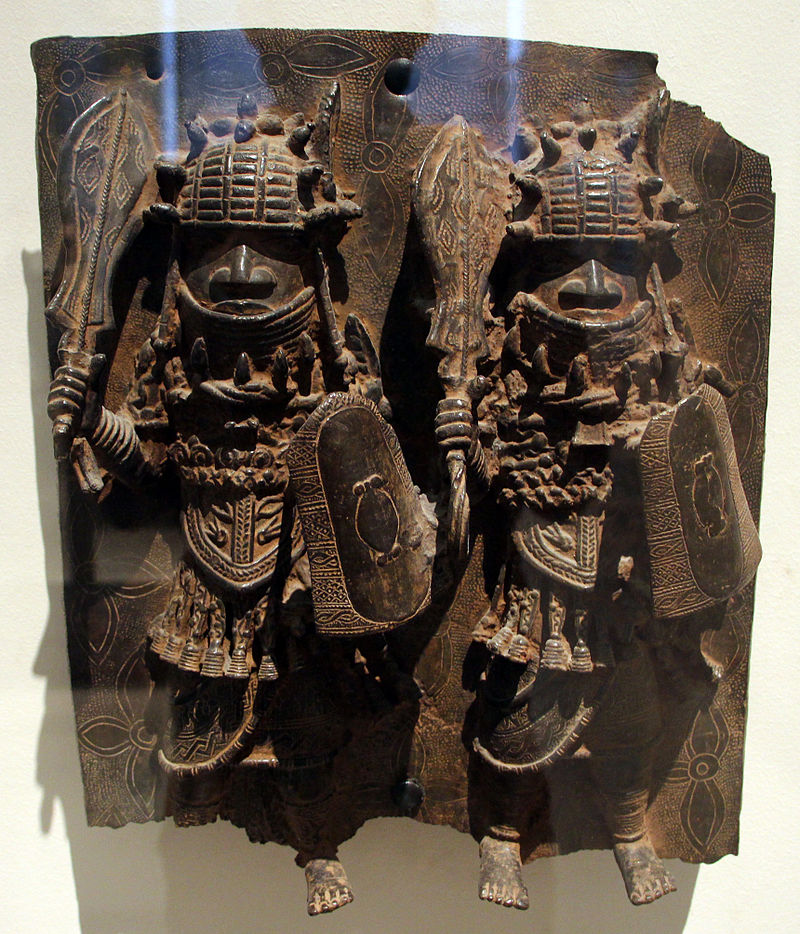