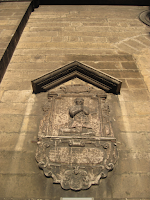 I am going to provide the list of known Polish banners and regiments at Batoh wilds May 31-June 2nd, 1652.
(compiled by  Polish historian Wojciech Jacek Dlugolecki in his book Batoh 1652) -

today the heavy cavalry and our winged hussar banners and their commanders and/or owners:

Stanislaw Zygmunt Druszkiewicz , Bozawola coat of arms, was a hussar companion in this unit and he survived this battle to have an illustrious career as ...a light cavalry commander during the later years well into the reign of our king Jan III Sobieski. Druszkiewicz wrote a diary published

then a podstarosci perejaslawski (substarost of Perejaslaw) Stanislaw Wyzycki, Gieralt coat of arms,  survived this rout and massacre, and later commanded as a porucznik (lieutenant) winged hussar banners during the later wars eg at the great victory at Cudnow (1660), rising to a rank of regimentarz (Deputy Hetman) in a Crown Army. He was an elector of our king Michal Korybut Wisniowiecki, and then of Jan III Sobieski. A member of Sejm in 1676, died in 1680.

Tobiasz Minor of Przybyslawice,  Polkozic coat of arms -   pan Tobiasz might have been present at Batoh, and certainly his winged hussar banner, that he had lead since 1649,  was annihilated there, but he survived, along with his much reduced cossack banner, and fought on at least until 1653, while his sons Aleksander and Jan continued military careers.
He was a seasoned soldier, fought at Orynin (1618), was not present at Cecora 1620 and Chocim 1621, but took part in the victorious  battle of Uscie 1629, where under the command of castellan and future field hetman Stanislaw Lancoronski, Zadora coat of arms, Crown forces defeated Tatars. During the Chmielnicki Rebellion he was active from the very beginning, and fought with distinction and bravery.

Jan Odrzywolski (1590-1652),Nalecz coat of arms,  was a famous Polish raider and cavalry commander of the Crown army, especially during the 1618-1625 period, eg he led a successful Crown army raid against the Tatars dwelling  the Pontic shore, in the Akkerman and Ochakov shore area.
He was a cossack banner commander during Stanislaw Zolkiewski's  Cecora campaign of 1620, and during the inconclusive battle he was on the right wing of the Crown army. Then when in the fighting withdrawal  he, along with famous raider Stefan Chmielecki and , abandoned Zolkiewski's war laager, broke through the Tatar encirclement and thus was saved, but it was not a honorable action on their part, and he might have lost his Crown Guard position as a result of his avtions. Historians are not certain if he was present at the battle of Chocim (1621), and perhaps he might have provided, again along Chmielecki, services as a commander of the smaller forces screening and deterring Tatars from raiding deeper into the Crown lands.
During the battle of Martynow (1624) fought with bravery and distinction against Kantemir  mirza , leading special advance units into the fray, and after the battle he, along with Chmielecki, commanded the special group organized by hetman Koniecpolski that kept pursing the defeated Tatars, inflicting serious casualties upon this elusive enemy.
Later  being a professional soldier he also became a politician and a magnate, and eventually a senior army commander. Twice  he was a Sejm representative from Braclaw voivodeship in 1639 and 1642, became a senator (a castellan) and important southern Polish Crown personage, both in politics and military areas.

His command suffered a defeat inflicted on them by the Tatars during the victorious  battle of Kamieniec (22nd October 1633), battle won by hetman Koniecpolski . Working with the grand hetman he was trusted and often carried important tasks and duties, eg he organized hetman Koniecpolski's  war laager marching towards Ochmatow 1644, and during that battle he commanded the forward units that defeated the Tatars and then pursued  the Tatars all the way to their camp there, making important addition to the total victory there.

During the Chmielnicki Rebellion he was a senior officer of the crown armies. eg fought at Korsun battle (1648),and during tactical Korsun withdrawal commanded the center of Polish war laager where he was taken prisoner by the Tatars. During the great battle of Beresteczko (28-30th June 1651) he commanded his own 'division' on the left wing of the Commonwealth army. Starting in 1637 he was the owner of one pancerny cossack banner and one winged hussar banner.

During the battle  of Batoh (1-2nd June 1652)  he commanded, along with Marek Sobieski, the cavalry formations against the Tatars.
He was murdered on June 3, 1652 at Batoh.

So in the Crown army under hetman Kalinowski there might have been 873 horse strong detachment of winged hussars. These banners were all but destroyed - according to the army rolls and registers for the 2nd and third quarter of 1652AD.