the very first days of June always bring  to my memory  some unhappy recollections  about one of  the most tragic and terrible military debacles in our Old Polish military history. 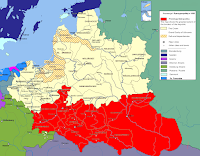 Namely, the war between the Polish-Lithuanian Commonwealth and the rebellious Zaporozhian Cossacks supported by their allies  - the multiple Tatatar hordes (Crimean, Nogay, Budjak etc) - had been suspended since the Biala Cerkiew agreement of September 1651. The agreement was a compromise, since the Polish forces failed to route and destroy the rebels, while the rebels were to weak to continue the campaign.
One of the conditions of this agreement was the return of the Jews to the Cossack-held Ukraine, as proper Commonwealth citizens and erstwhile managers of noble estates and places of lodging and drink.
Our Sejm (Diet) or parliament failed to ratify the agreement, due to the very first formal liberum veto by the infamous Wladyslaw Sicinski took place in the Spring of 1652, while ataman Chmielncki and his councils continued to rebuild their forces destroyed at the Beresteczko route of 1651 and defeated at Biala Cerkiew in the fall of 1651.
Thus this rather very tenuous status quo existed in south and south eastern voivodeships of the grand Commonwealth, sort of a silence before a storm.
Polish Crown forces, or the professional state army, were stationed roughly in four divisions - one in Zadnieprze (Left-Bank Ukraine), Kijowszczyzna (Kijov Voivodeship on both sides of the Dniepr river), in Podole (Podolia) and Braclawszczyzna (Braclav voivodeship). 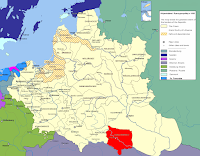 Ataman Bohdan Chemilnicki spent the entire winter rebuilding his forces and secured alliances of the Crimean and other Tatar hordes for the late Spring and Summer campaign in the principality of Moldavia, on the south-western border of the Commonwealth, where  Chmielnicki wanted to marry his son Timofiej( Тимофій, Тиміш, Тимош Хмельницький ) to a daughter of prince Bazyli Lupu ( Vasile Lupu ).

So, in the Spring of  1652 on the grassy plain near the banks of the river Boh (southern Bug) known as Batoh uroczysko (wilds), Bracalw voivodeship, Malopolska (Little Poland) province, our Crown field hetman Marcin Kalinowski, Kaliowa coat of arms, ordered a concentration of the Crown army 'pulks' and by the late May  commanded this  very spacious and  large 'laager' or war camp of  Polish Crown army, however only his own Braclawszczyzna or Braclaw division was present and his sub-commanders and officers were still streaming down from Kamienic Podolski, Winnica and other towns of the region when the first elements of the enemy were aporaching the banks of Boh river.
Many historians studying this conflict (Polish-Cossack, Tatar and Muscovite war 1648-66AD) gathering and digesting the surviving sources, that one must say are very scant and often conflicting,  conclude that our field hetman was thinking to  intercept the Cossack army going into Moldavia, while also he was intent on marrying the Lupu's daughter as proposed by the Moldavian prince -  part of the so called Moldavian 'adventures' in Old Poland history. 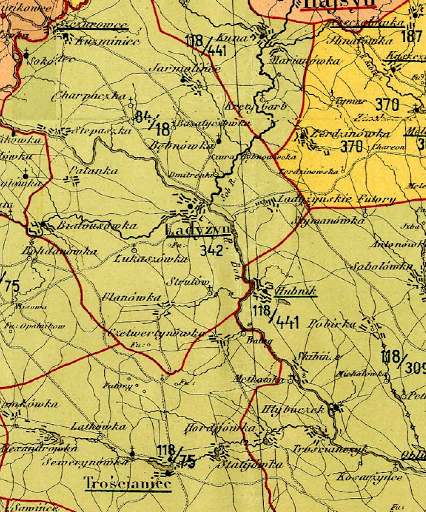 The Crown army, 12 thousand soldiers-strong plus probably as many or more thousands of armed camp servants, families and camp follower, encamped in a very large campo on the Batoh  uroczysko(wilds) and cognizant of the Cossacks and  Tatar hordes coming. Yet  for some reason the river fords, as Boh river was rather difficult to cross in the late Spring, were left withour strong points to defend them, and  Kalinowski's  command failed to do diligent reconnaissance about the whereabouts of the enemy, and failed to protect and deny the oncoming enemy division Boh's ford crossing.
Moreover, the Braclaw division of the Crown army seemed to lacked cohesion, spirit de corps and especially respect for the commander-in-chief (not dissimilar to the Cecora debacle of 1620AD) and could not win  this incoming struggle with the commander as unprepared as our field hetman Kalinowski  and his command. So  in  the battle that was fought  on June 1 and 2, AD 1652 on the Batoh wilds,  this Kalinowski's Polish-Lithuanian Commonwealth Crown army was defeated and routed by the allied Zaporozhian Cossack-Crimean Tatar army on late June 2nd,  the sources even talk about some rebellion against the commander, and the unprepared Polish laager was taken, leading to the death of the Polish commander and thousands of his soldiers and their camp servants. However, a part from the killed in action Polish soldiers and their camp servants  there were many thousands of experienced Crown army soldiers and their camp servants  from their retinues who  were taken prisoner by the Chmielnicki's allied Crimean, Budjak and Nogay Tatars.   As the defeated army was mostly  taken prisoner, with actual field losses were about a thousand or two thousand soldiers killed, Bohdan Chmielnicki had the commander of the Crimean Tatars Nurradin soltan paid  a fixed sum, some sources say 50  thousand gold thalers, for the Polish prisoners and then had the Nogay Tatars kill with utmost cruelty the hapless Polish noble prisoners

Thus in  the aftermath of this Polish defeat and rout, the  rebel ataman (commander) and political leader Bohdan Chmielnicki had the Polish prisoners,  taken prisoner by the various Tatar parties slaughtered by the Nogay Tatars.  During the 3rd and 4th of June 1652 Nogay Tatars and murderous Cossacks slaughtered shackled and tied up Polish prisoners, and hunted those who were hiding among the Crimean Tatars and surrounding woods and other hiding places in the hills, ravines and gulches of the Braclaw and Podolia countryside.
The lists of the murdered were/are long - perhaps as many as 8000 men were murdered cruelly.
Among the executed prisoners was a soldier of the greatest expectations - Krasnystaw starost Marek Sobieski, Janina coat of arms - and  the older brother of our future king Jan III Sobieski. 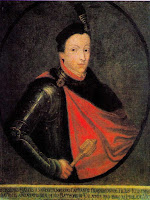 The commander of the infantry and artillery, general Zygmunt Przyjemski, Rawicz coat of arms, and the defender of the camp was cruelly murdered too, along with  young Kalinowski's son Samuel and thousands of others.
The ever pecuniary and slave hunting Crimean Tatars hid some of the Polish prisoners, and later exchanged them for hefty ransoms and thus some Polish  participants of this battle lived to tell their story.
The remaining  thousands of  Polish camp followers - women and children-  were taken by the Tatars and then either retained in the Crimean, Budjak or Nogay slavery or sold into slavery to the Crimean and Istanbul  slave dealers - the Jewish traders - to be resold in the more distant Ottoman slave markets.

Hiob Ludolf, a scholar working in Frankfurt, in his published work added this illustration showing the imagined scene  of this atrocious killing of Polish prisoners and captives.

I may write more about the sources describing this battle, some of them were written by winged hussar participants (8 banners of Crown winged hussars were destroyed in this debacle) or pancerny-cossack cavalry companions (many more pancerny Crown banners were annihilated in this battle).

Batoh massacre of 1652 AD sadly was not the last event of mass murder of the Polish military elites in our history, the most infamous being the series of massacres collectively known as the Katyn Forest Massacre of 1941AD.