today, new month of June, I would like to bring to your attention the brushwork et al. of Alexander Sauerweid, (1783-1844), a prolific European artist from  Kurland (Baltic vassal state of Polish-Lithuanian Commonwealth 1561-1795AD, and then annexed by Russian Empire and nowadays is part of Latvia). Alexander, disciple of the famous Dresden Academy of Fine Arts, made a trek around Napoleonic Age Europe and upon the invitation of tsar Alexander I of Russia  became an instructor at the Saint Petersburg Academy of Arts.
Alexander painted  portraits of Napoleon's horses - the French emperor had more than a hundred horses at his disposal when on war footing.
eg 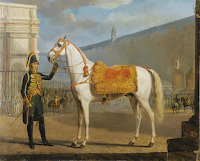 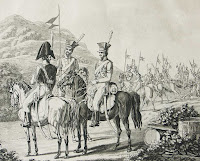 In 1810 he drew soldiers and uniforms of various armies - made available on line via the Napoleon Series archive:
- the Westphalian Kingdom army  eg lancer 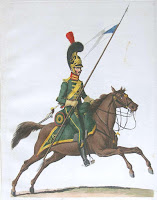 - the army of Kingdom of Saxony  (then in union with Duchy of Warsaw), at that moment in its swan song, soon to be 'dismembered and swallowed' by Prussia. 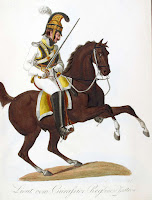 - then again Alexander did plates showing the Saxon army of 1811 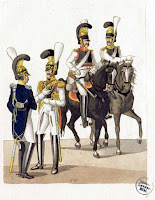 horses  and officers of the Russian army eg 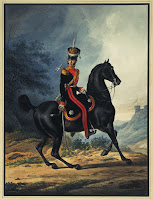 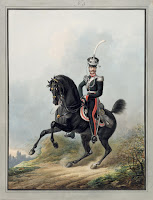 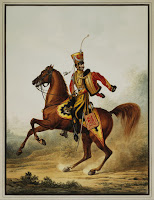 Artnet collection of his works -