today in Poland there is the Day of the Damned Soldiers - the anti-communist  and anti-Soviet resistance - however with 'mysharonacirrus' around us there is no much celebration nor happiness. These resistance fighters, symbolized by Witold Piecki and 'Inka,'  persisted for many years after 1945, but countless thousands of great Polish patriots were murdered in that herculean struggle against the greatest evil of those days  - Gloria Victis. 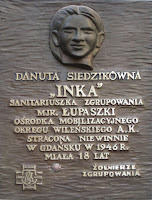 But less than four centuries ago this day was of happiness and relief. 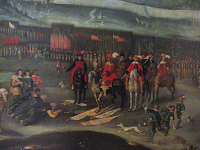 for it is today that we mark the anniversary of the His Majesty Wladyslaw IV's victory over the Muscovite Russian army of Mikhail Borysovych Shein at Smolensk - 1st of March 1634 -  where after unsuccessful siege of Polish-Lithuanian town of Smolensk this Muscovite army surrendered  to our king's relief army.

This was epic victory and upon a peace treaty with the Grand Duchy of Muscovy  in 1634  our Polish-Lithuanian Commonwealth reached the following size: 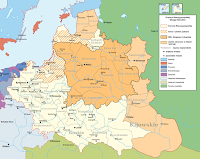 The borders as seen of the map lasted only 20 years and then 12 years of wars followed...