Salvete Omnes,
and here we have the new month - September 2018, and many Polish miltiary history-equestrian anniversaries  take place this Fall month.
I would like to start this month with Francesco Mochi and his art. Messer Mochi was an Italian sculptor and painter, who first trained in Florence and them moved to the Papal Rome, where he trained and practices his trade, occasionally going away from Rome to do various commissions, including his two equestrian commissions in Piacenza.
In Piacenza there is a square called piazza dei cavalli where two equestrian monuments stand, dedicated to two princes who ruled Piacenza during the XVI-XVII centuries. 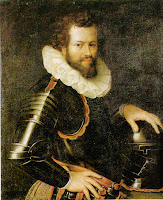 the first sculpture, by the date of creation, is a bronze cast circa 1615, done in the heroic tradition of the ancient Roman and later medieval Italian sculptures, and  is dedicated to Ranuccio I Farnese, duke de Parma and Piacenza: 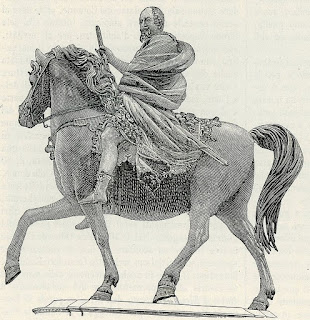 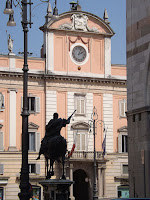