Mohacs AD 1526 anniversary and some books from Hungary

Salve,
I decided to do a separate entry on this subejct, as I did one entyr already earlier today. 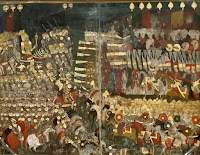 Namely, on this summer day of August 29, but in AD 1526, the most dangerously  outnumbered army of the Jagiellon Kingdom of Hungary and Bohemia under the young king Lajos II , Pal Tomori and George Zápolya, who was a Piast after his mother,  resolutely and bravely faced the invading, huge and highly spirited, army of the Ottoman Turks under the famous emperor Suleyman. I am not going to give you a link to the Wikipedia page of this engagement, as it is not adequate and full of .. well, anyway.
It started well for the defenders, progressed quite adequately and had to end badly when the Hungarian final charge failed to rout  Suleyman's personal guard - in order to kill him or cause the emperor to flee the battle- and  eventually the Ottoman numerical superiority simply overwhelmed the tired defenders.
So it ended in one massive tragedy with their young king and commanding generals killed, and it was the beginning of calamities that befell the Hungarian realm, and the proud and long existing state soon was to be partitioned and pillaged for more than a century to come.
The victorious Ottmans rejoyced - it was their day of glory -
Audaces Fortuna iuvat.

There is a monument to this battle in Hungary - I hope to visit it next year.

Hungarian military history researcher János B. Szabó has provided us with access to some of his articles on the battle and the Hungarian army of the era, including one on the early hussars.
There is a completely free book available on line - by a historian Geza Perjes - titled  ''The Fall of The Medieval Kingdom of Hungary: Mohacs 1526 - Buda 1541,'' that brings the story of this epic struggle to us in quite exhaustive detail.

The American Plains Indians had this saying - Today is a good day to day - and for all these heroes of the battle that 29th of August 1526 was such a day - so Pacem Aeternam, warriors!

In conjunction with this anniversary I would like to show off a little - I finally received three books on the Hungarian military by Győző Somogyi, artist and historian.
These books are 30cm/15 inches tall by 21cm/8inczes wide soft cover publications, more albums of reconstructed figures of leaders, warriors, soldiers, equipment and even fortresses of the Kingdom of Hungary during the period of 1458 through 1690s.
I strongly encourage all of you who  are interested and enjoy our East-Central European history to get these  albums, preferably from Hungary as the price is right :)  - my thanks Krisztina for bringing them to me.
I photographed the front and back cover, along with one of the maps. The translations are adequate, in most part, while the images are just simply a feast to one's eyes. 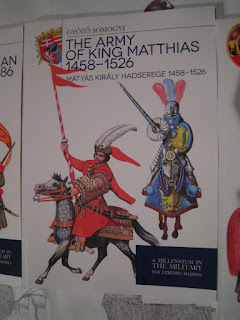 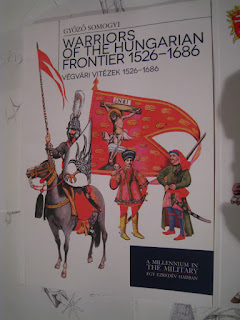 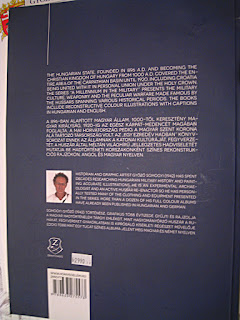 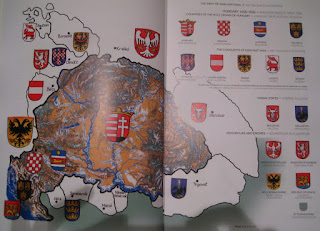 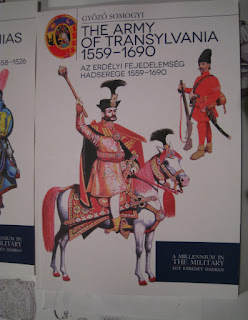 Jagiellon Polish Kingdom officially did not provide any substantial support to the Hungarian Jagiellon king and nephew. In 1524 Turks invaded southern Poland - Ruthenia (presently Ukraine), it was a preventive invasion and it worked. So Polish king only allowed for troops hiring, and the Poles came in small numbers to the aid of their Hungarian cousins. Most prominent was Lenart Gnoiński, rotameister and a veteran commander of the wars in Prussia, who received Hungarian funds to hire a number soldiers in Polish Kingdom. Finally, in 1526 he led a contingent of 1,500 strong infantrymen (armed with pikes, crossbows and harquebus guns - perhaps similar to the ones painted in the battle of Orsza painting) to Hungary, and this infantry unit took part in the battle. Lenart Gnoiński perished in the Mohacs defeat, and perhaps with him most of his soldiers.