Palmyra - a treasure of civilisation

Salve,
I read this article yesterday - from BBC - that ISIS is getting ready to take Palmyra in Syria, the ancient 'queen' of the silk and spice trade for the Roman Empire, capital of the short lived empire, of which Odaenathus and   Zenobia are the most famous. The ruins of  ancient Palmyra are amazing and a world heritage site 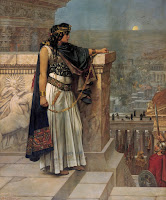 Destroyed twice, be the Aurelian's legions in 273AD (Zenobia et al in this  article by Jacqueline F. Long) , and by the Timur's legions in 1400AD, it had been lost until the XVII century when European travelers rediscovered the city. 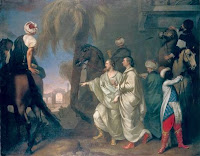 You can browse these wonderful images (eg via Univ. of Heidelberg digital library collection) from the XVIII century book on the exploration of the city by Robert Wood, English traveler and writer etc.

Professor Albert Dien wrote a very interesting and comprehensive article on the ancient Palmyra, the city of caravans - strongly encourage you to read it.

I like the Victorian  travel (and spy) reports and there are some on archive.org - eg this one.
Academia.edu has plenty or articles on the subject..

On the armies of ancient Palmyra - an intro (for wargamers) and an Osprey by Dr David Nicolle - via Amazon.
Harry Sidebottom wrote a series titled 'Warrior of Rome,' where the main character is taken from a historical Roman warrior and general Marcus C. Ballista, and in the book 'Lion of the Sun' Ballista and Odaenathus meet in circumstances described by Historia Augusta etc. 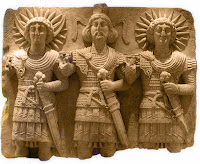 But soon it may be but a memory (and some photos and drawings) of the by-gone ancient Hellenistic (Aramaic, Amorite, Nabatean, and Greek with some Roman influences) civilization site, as ISIS allegedly vows to destroy the ancient city during the ongoing war in the Middle East.