Salve,
there is war in Europe - you know, in Ukraine, south-east of Poland, and thus in the spirit of the horrors inflicted on the south-eastern Ukrainians  I decided to share with you this very interesting and horrifying entry titled  'Homage of a war horse'  this being a recollection of daily drudgery and despair  during the last days of the Croatian Army's withdrawal in 1945.

The mutilation inflicted on the poor 'Zelenko' actually reminds me of the accounts of Polish-Bolshevik fighting 1918-21, where one of the Polish soldiers found a horse skinned alive and left alive and tethered to a stake by the withdrawing Reds.
I also intend to write a little bit about the last Kmicic of Old Polish-Lithuanian Commonwealth) or general Stanisław Bułak-Bałachowicz (an archival film of general's troops fighting the Bolsheviks in Estonia), I am awaiting a book on this fantastic cavalryman and true man of Polish Kresy (Borderlands). In an Osprey book on the White Armies during the Bolshevik takeover of Russia (aka Russian Civil War) the author took some liberties with the life of general, and I intend to provide truer accounts of his life etc.

Anglo historians of Alexander the Great tend to diminish or even disregard Quintus Curtius Rufus's 'Historiae Alexandri Magni' preferring instead L. F. Arrianus, for many reasons etc. And on Academia's site there is an article by prof. Marek Olbrycht on the Macedonian Mutiny at Opis and Alexander's Iranian policies, and Curtius Rufus accounts play the basis for the reconstruction of the events therein, perhaps you may find this useful.

Interesting article by prof. Witold Świętosławski - 'The Saddle of the Late steppe Nomads'..

A book by a noted Polish pre-1920s historian Witold Czermak - ''Plany wojny tureckiej Władysława IV'' (''King Wladyslaw IV's plans of war against Ottoman Turkey'' ) - gratis via Wielkopolska Biblioteka Cyfrowa or in a reprinted book form by Napoleon V
Finally, a page from a three-volume work Orbis Polonus  this being a a compendium of heraldic histories (an armorial)  by a XVII century Polish historian and a Dominican monk Szymon Okolski showing perhaps an winged hussar officer, to the right of  Polonia, and various nobles in their resplendid costumes. 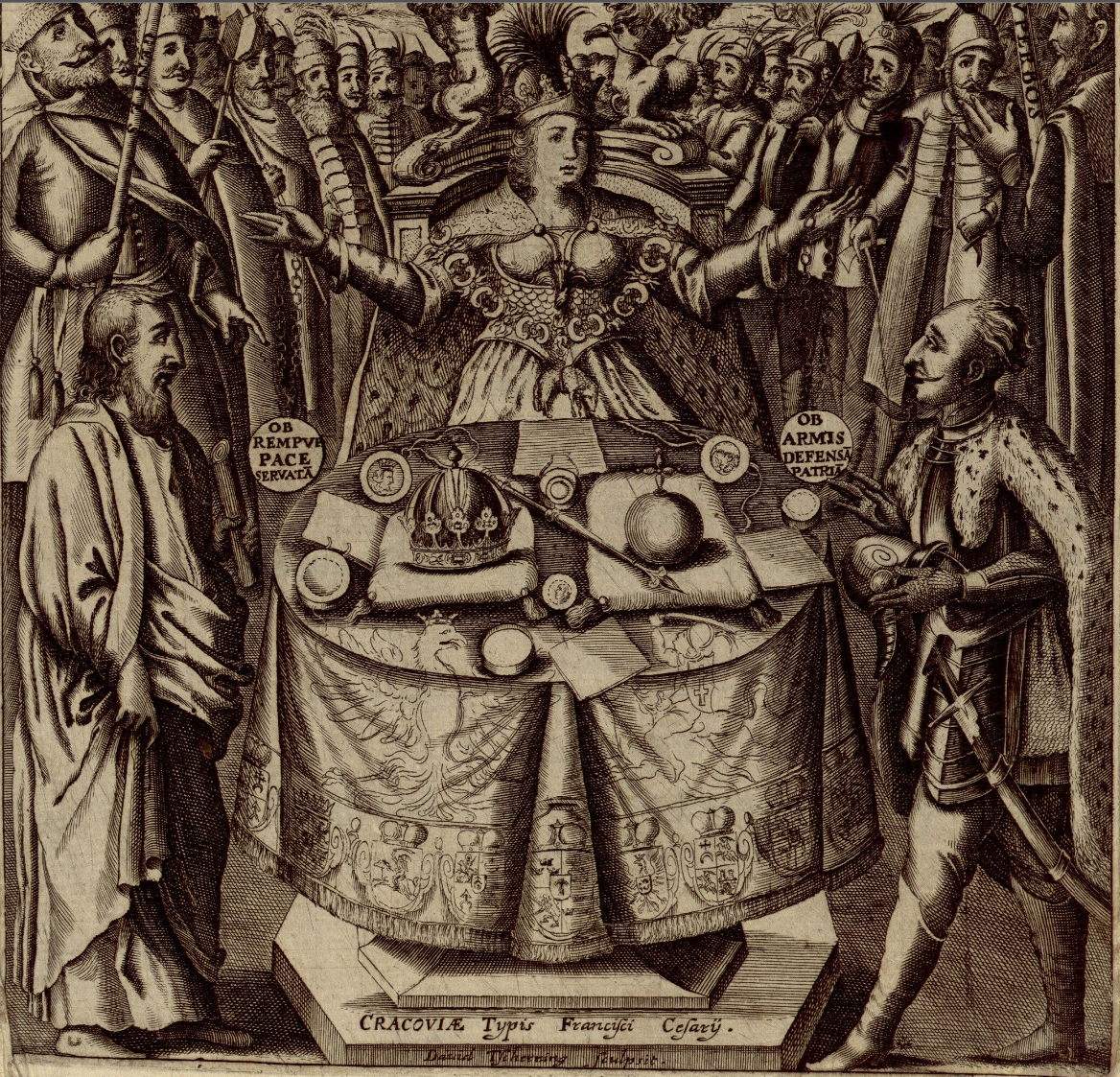 I particularly like the beautiful eagle and the female figure personifying Polonia aka Crown of the Kingdom of Poland.

enjoy
ps
I have to mention something else, especially since I cherish my ancestors and their achievements, especially my grandmother and great grandfather who preserved two Jewish men from Łodź ghetto, so these 2 men emigrated to Israel after the War World II. Also I must recall that my grandma was almost beaten to death by the German policeman near the fence of the Glowno ghetto in 1940, when she was passing a couple of loaves of bread to some Jewish  friends on the other side of this fence. She was saved by the intervention of her childhood German (German Pole) girlfriend, who while running away in a civilain horse-drawn convoy  in turn was massacred, along with some 500 Germans and German Poles, by the Soviet Army tanks  near Głowno in January 1945. Eh, our Central European history is not an easy one, isn't it?
Ad rem, Ida - a feature film made with Polish taxpayers money [sic!] won an Oscar for the Best Foreign Film, and there is a petition on the net to amend a bit the presentation of this  fictional 'flick' with an intro in English explaining that Poland was occupied by the Germans 1939-45 and the Holocaust was perpetrated by the Germans, as the film never even mentions that most important piece of information.
Also, the film takes some horrible liberty with the Soviet and Communist occupation of Poland, and murder of the Polish patriots and soldiers (like rotameister Witold Pilecki) by them and eradication of Polish spirit and character. Thus it seems to me that this feature film promotes anti-Polish stereotypes and falsifies history, especially Polish-Jewish histories, and obviously the history of Nazi and Soviet occupation of Poland. I have seen the film, and I am not impressed, nor i care about Oscars as any example of the highest art award in film industry, the ancients had a saying - De gustibus et coloribus non disputandum est.
Once, long time ago Poland produced a beautiful movie - Noce i Dnie, (Nights and Days) - also nominated to the Oscars, a film infinitely better than this 'flick' but it was about the end of Polish land nobility during the Partitions of Poland, and thus a topic unimportant to Hollywood, perhaps read this book - Hollywod's War with Poland.
Posted by Dario T. W. at Monday, February 23, 2015