Salve,
Old Year 2014 is so close to pass the baton to the brand New Year 2015, so aptly we will take a closer look at the toy soldier (for kids and toy collectors) that I introduced in October, sculpted by my friend Grzegorz 'ducz' Kupiec and produced by Tissotoys from Poland.
A week ago I finally received a physical figurine into my happy hands and thus I can show you some photos of it, if you like to take a closer look. 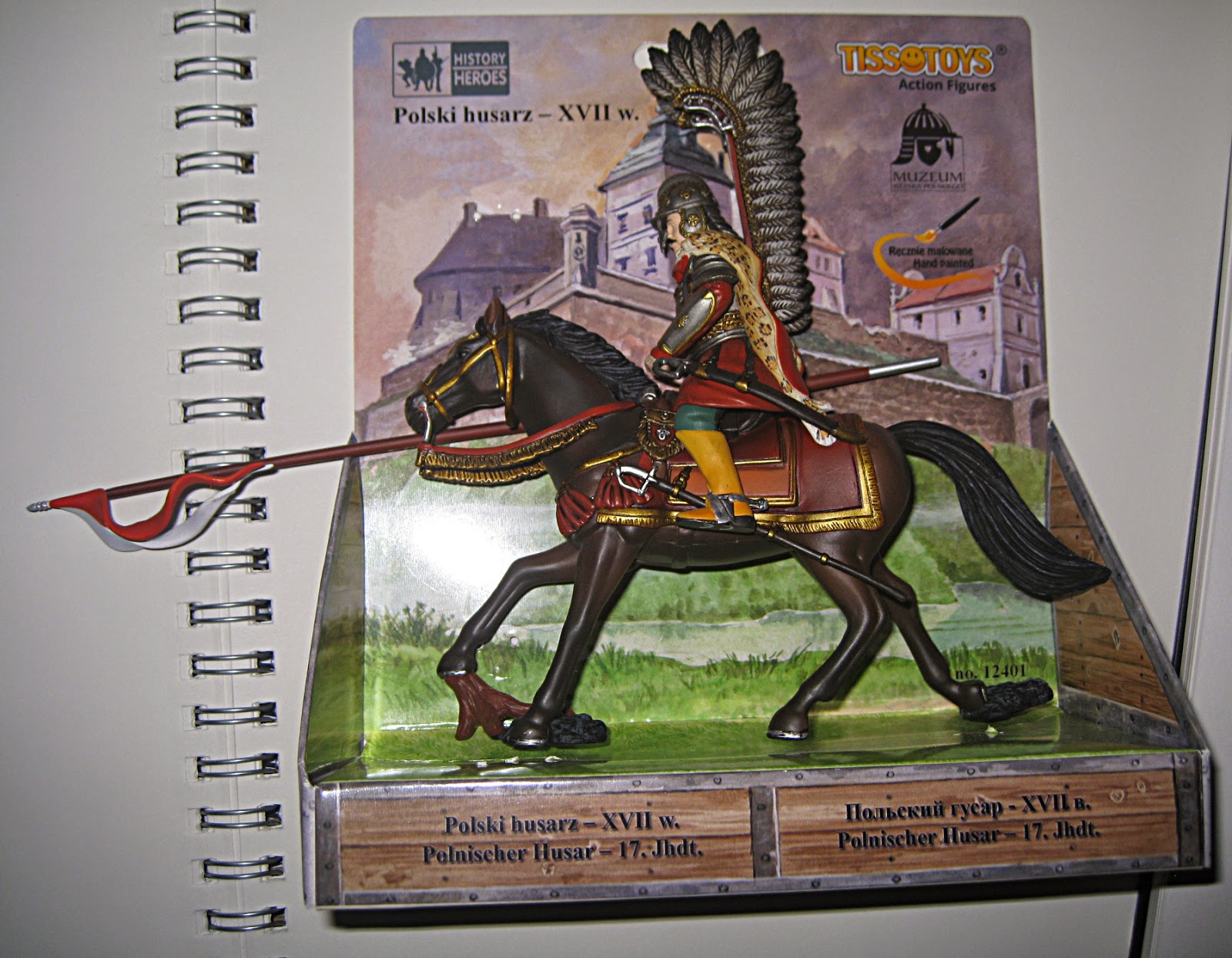 It comes in a box, with a illustration of a old Polish castle in the background, the reverse of the box has plenty of info in 4 languages - there may be some confusion with the name as the makers decided to call this toy soldiers a Polish hussar, when in all languages this horse soldiers was and still is called winged hussar, and a hussar usually means a Hungarian cavalryman. 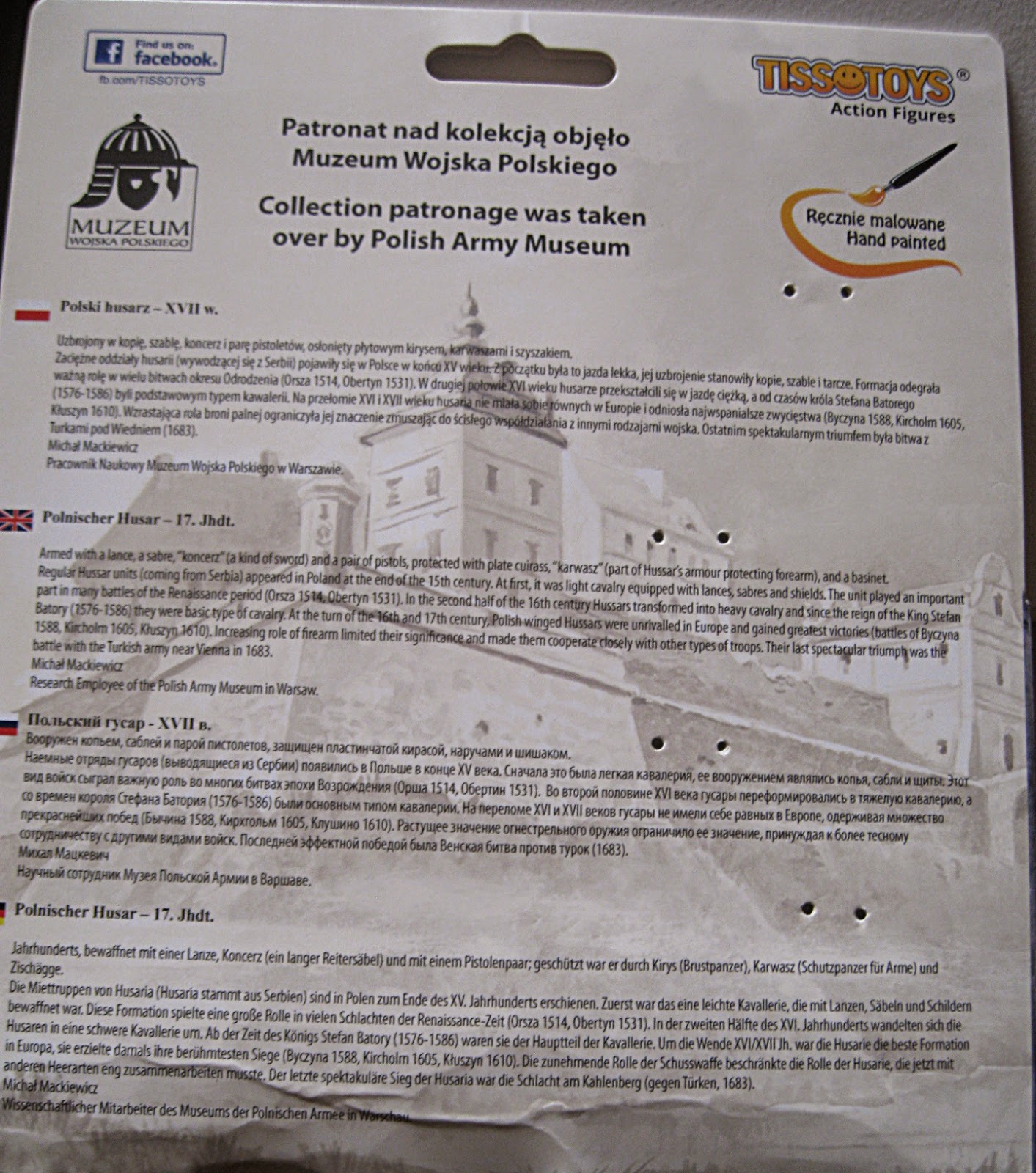 Now, the horse and rider were attached to the box with small plastic covered wires, so no injury to your little fingires when upacking :), and you have to put the lance together, as it comes in 2 pieces , the shorter piece has to be put through the hole in the lancer's right hand. 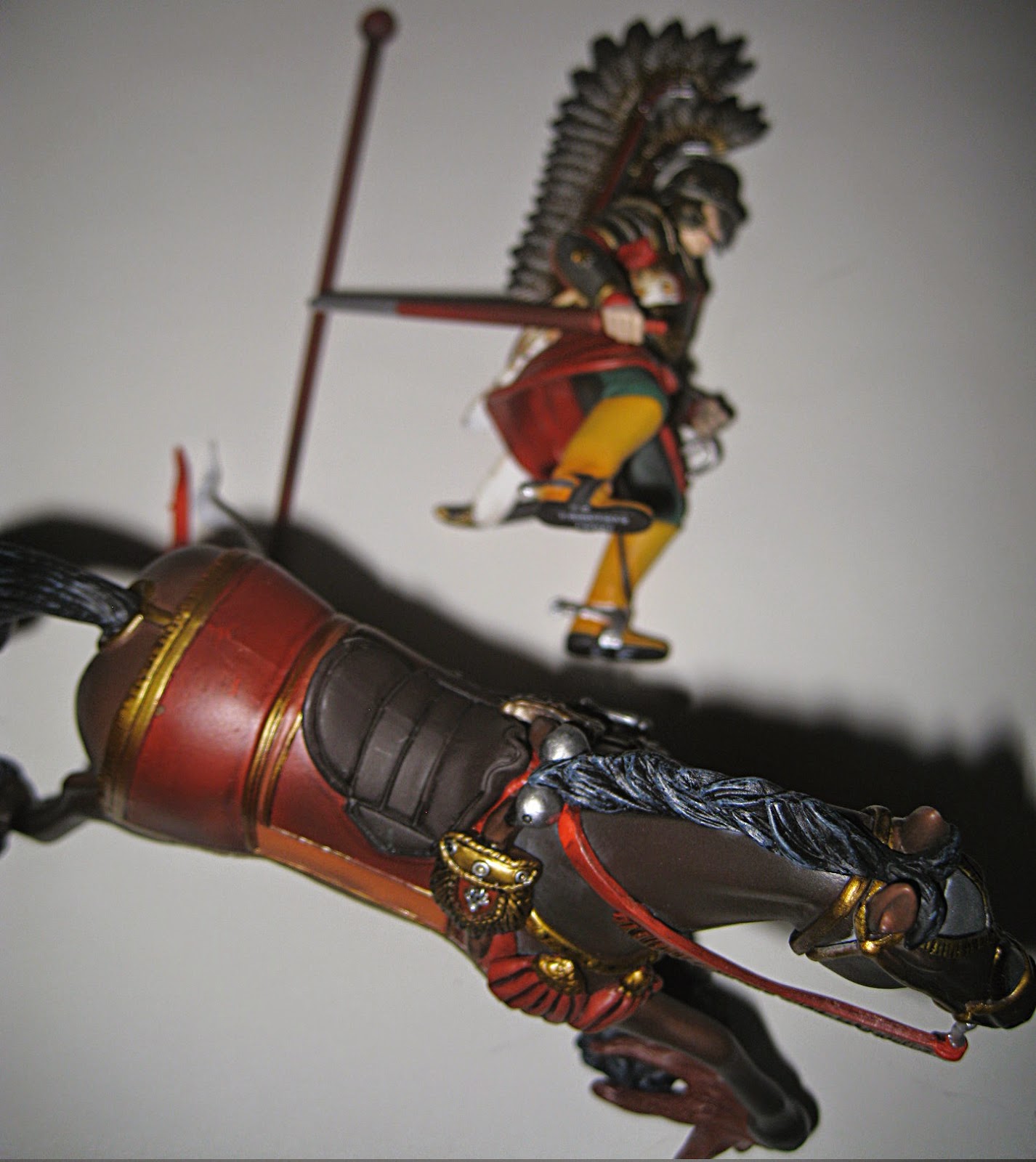 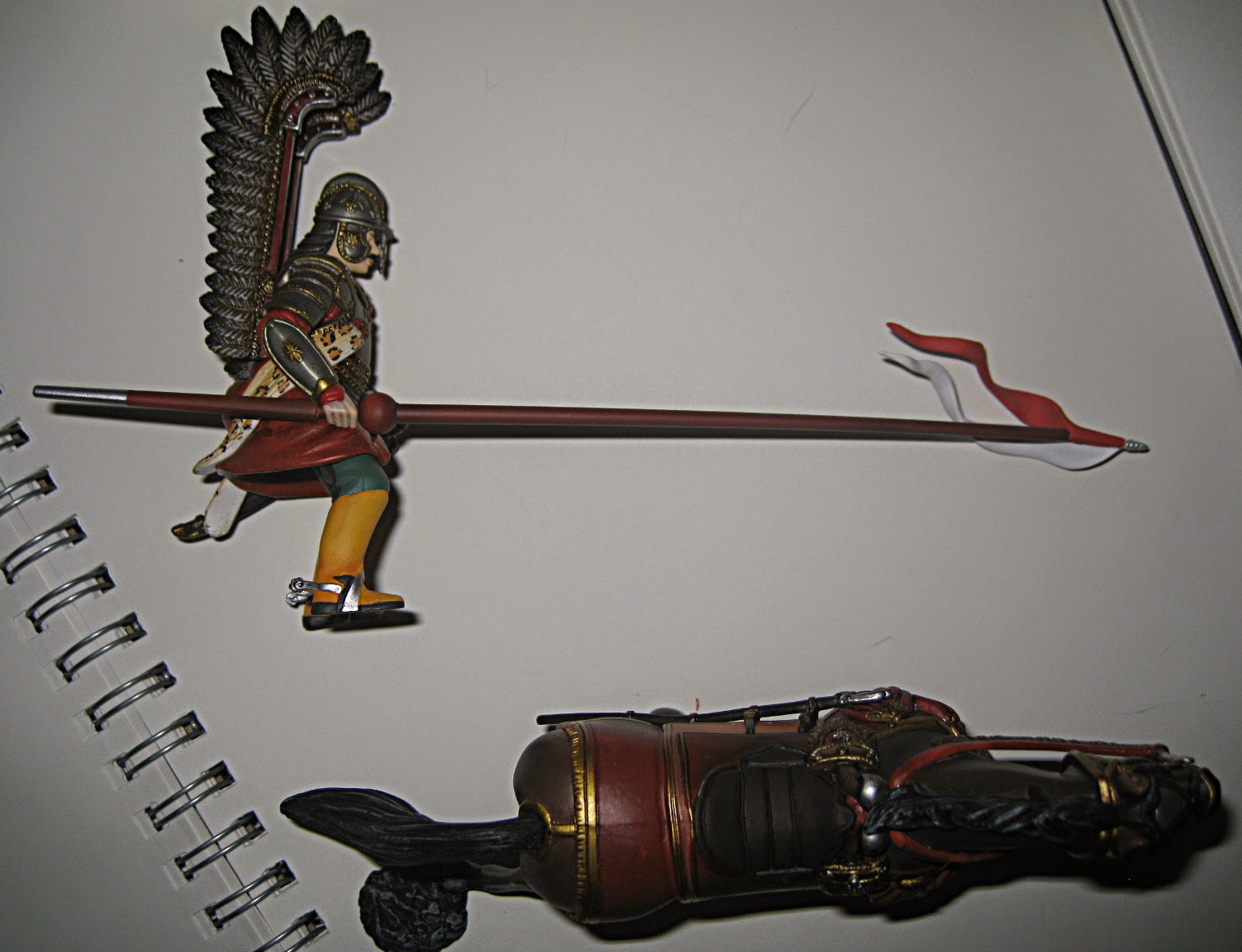 The horse stands firmly and does not wobble,  while the rider can play tilt with some other mounted lancers, my son has some Papo, Schleich etc knights & Saracen figurines, armed with lances so they do some lance-play in our children hands.
I hope the make more mounted toys:  more winged hussars, the Tatars, Polish pancerny, Muscovite riders and Swedish and German reitars.
enjoy :)
***
Happy New Year 2014
Posted by Dario T. W. at Wednesday, December 31, 2014