Salve,
today I would like to bring to you the lithographs made by a Swiss-born and Russian-educated (in Odessa) artist Carlo Bossoli.

In these images we can get the feel of the world long gone , the world of ancient Taurica in the mid XVIII century. Some 50 years after the end of its independence to the Russian Empire, mass migration of Tatars into the Ottoman Empire, and some influx of Russian colonistsprotected by imperial soldeirs and Cossacks.
The Crimean Tatar world was brought to a stand still by the Russian conquest of their Crimean Khanate during the 1770s, but they did not wither and those who stayed prospered under the Russian Tsars, but then their world(with even more ancient inhabitants of the Peninsula the North Pontic Greeks, also Armenians, Germans and Poles) was  completely eradicated by Stalin and his ilk  during the murderous years of 1944-45. The Nazi Germans killed the other ancient inhabitants, the Jews, during the early occupation in 1941.
But we should return  to the prosperous  XIX century and to our wandering artist then was working under the patronage of Russian aristocrats, and perhaps enjoying the picturesque Peninsula and its inhabitants.
Thus Carlo Bossoli, who lived in southern Russia's Pontic coast until his return to Italy circa 1839,  must have visited Crimea frequently  enough to amass a collection of images of the Peninsula and its inhabitants.
The artwork  Bossoli first created, I presume as sketches and watercolors, he then copied and created lithographs, to have them printed,  and then published as 'Views of the Crimea' (with English and Russian text)  in 1853 .
Some of these memorable images showing the Crimean Tatars, their lives and surroundings. 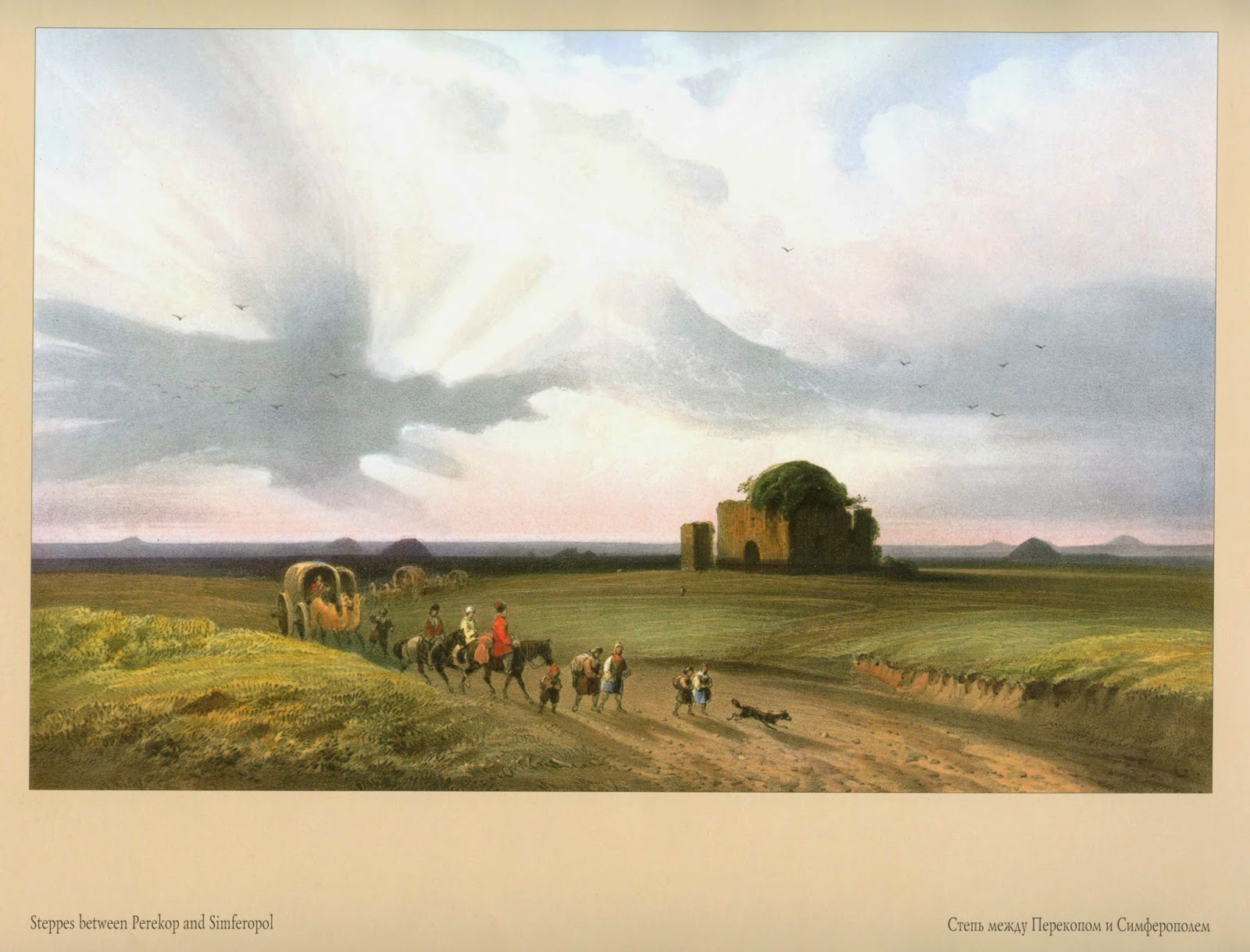 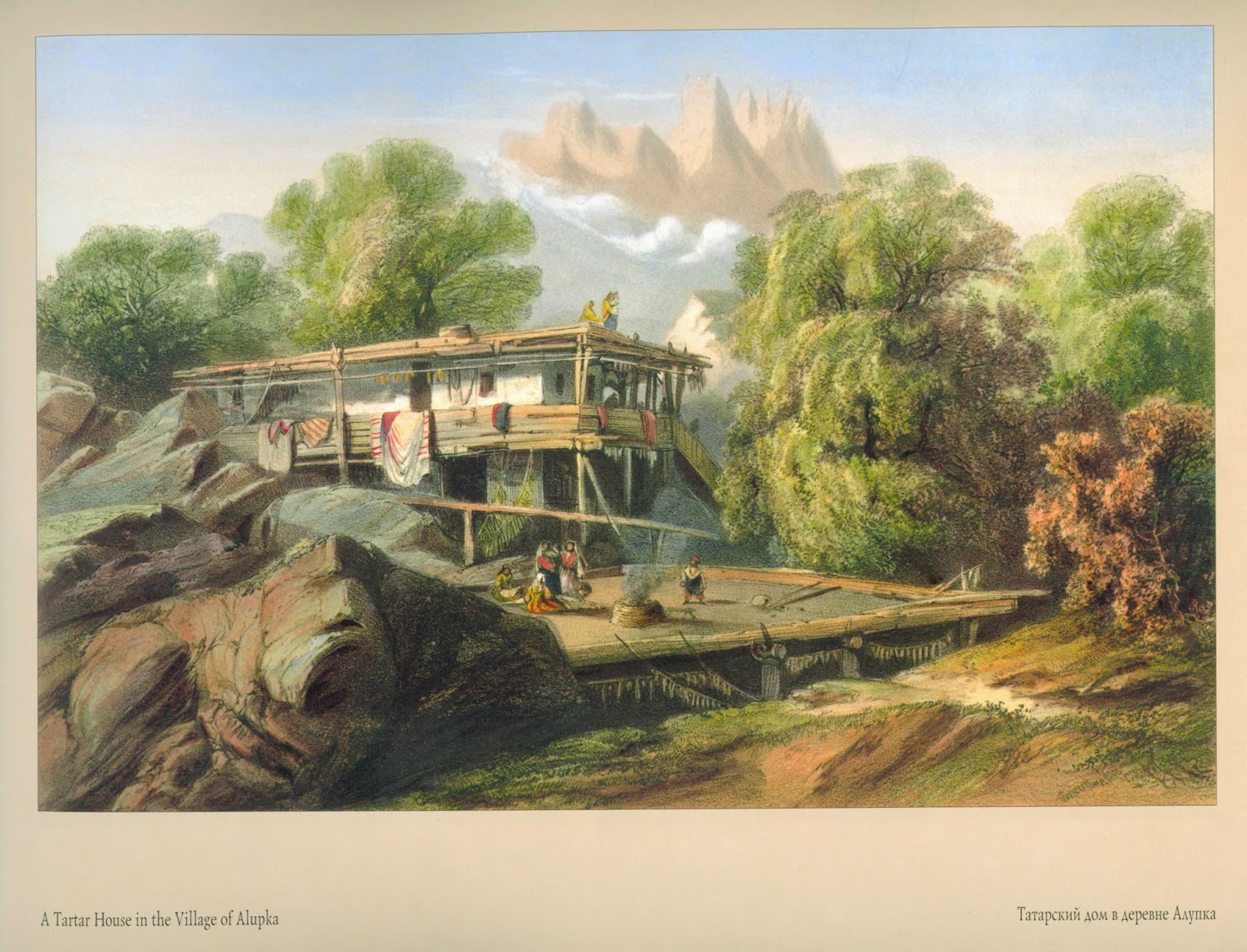 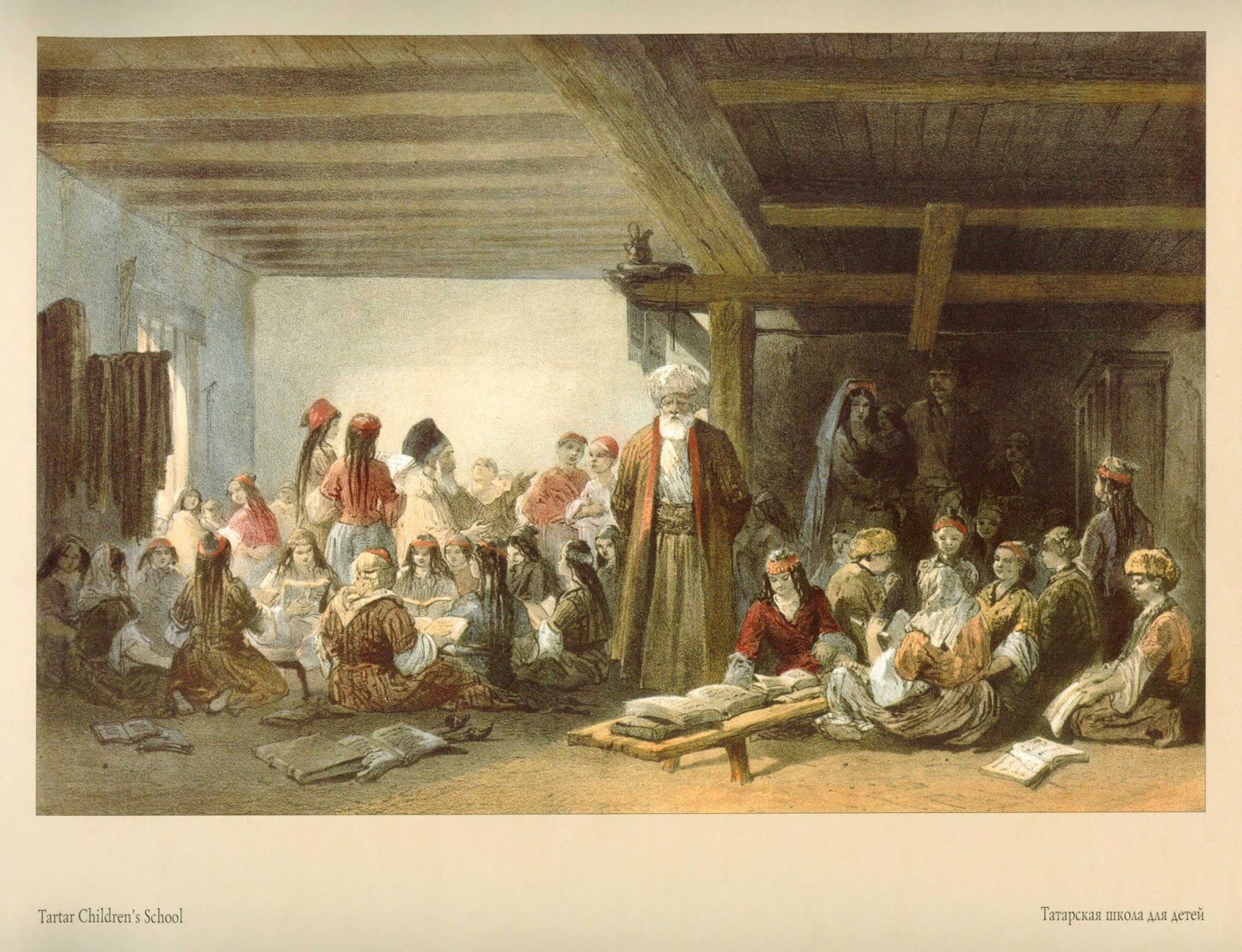 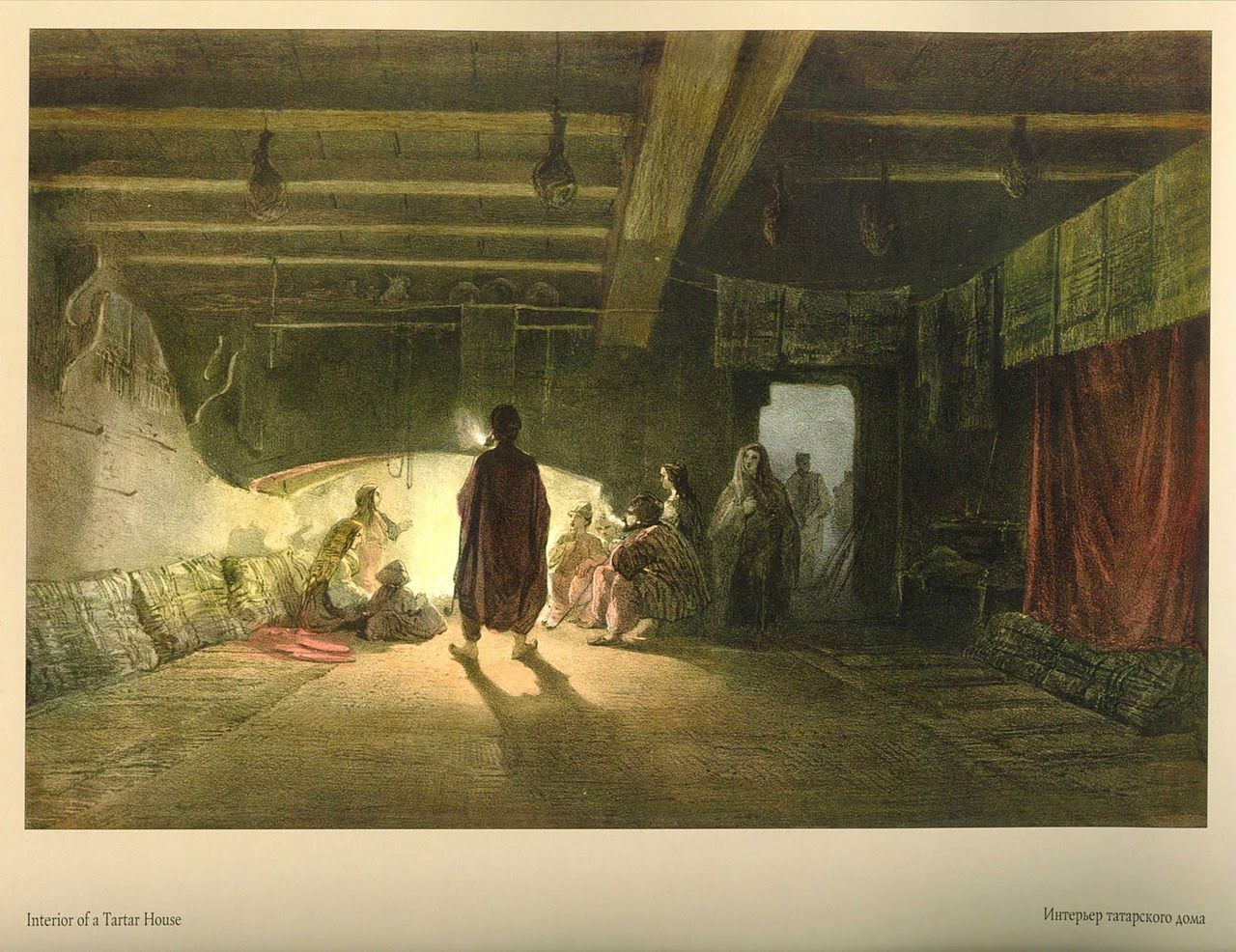 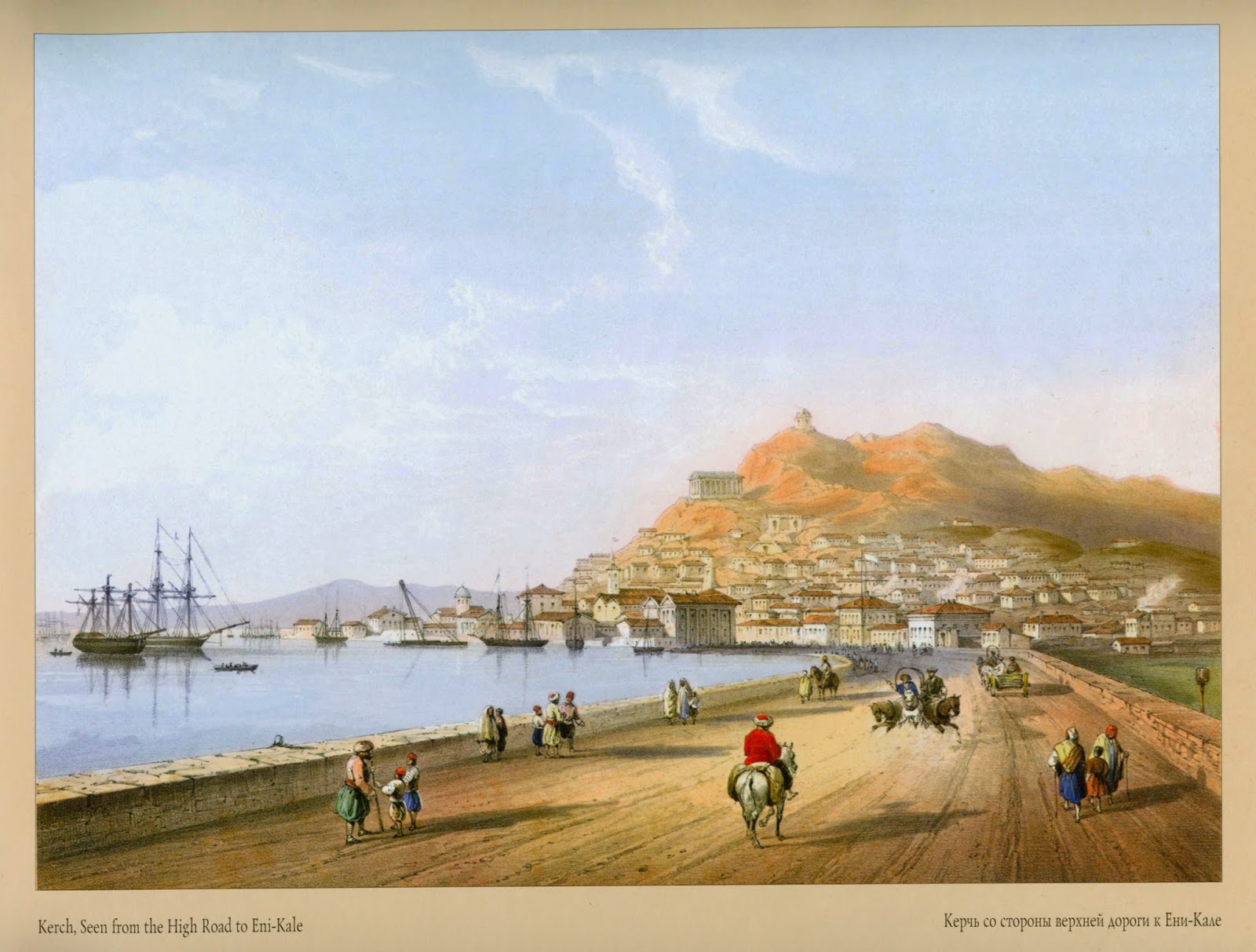 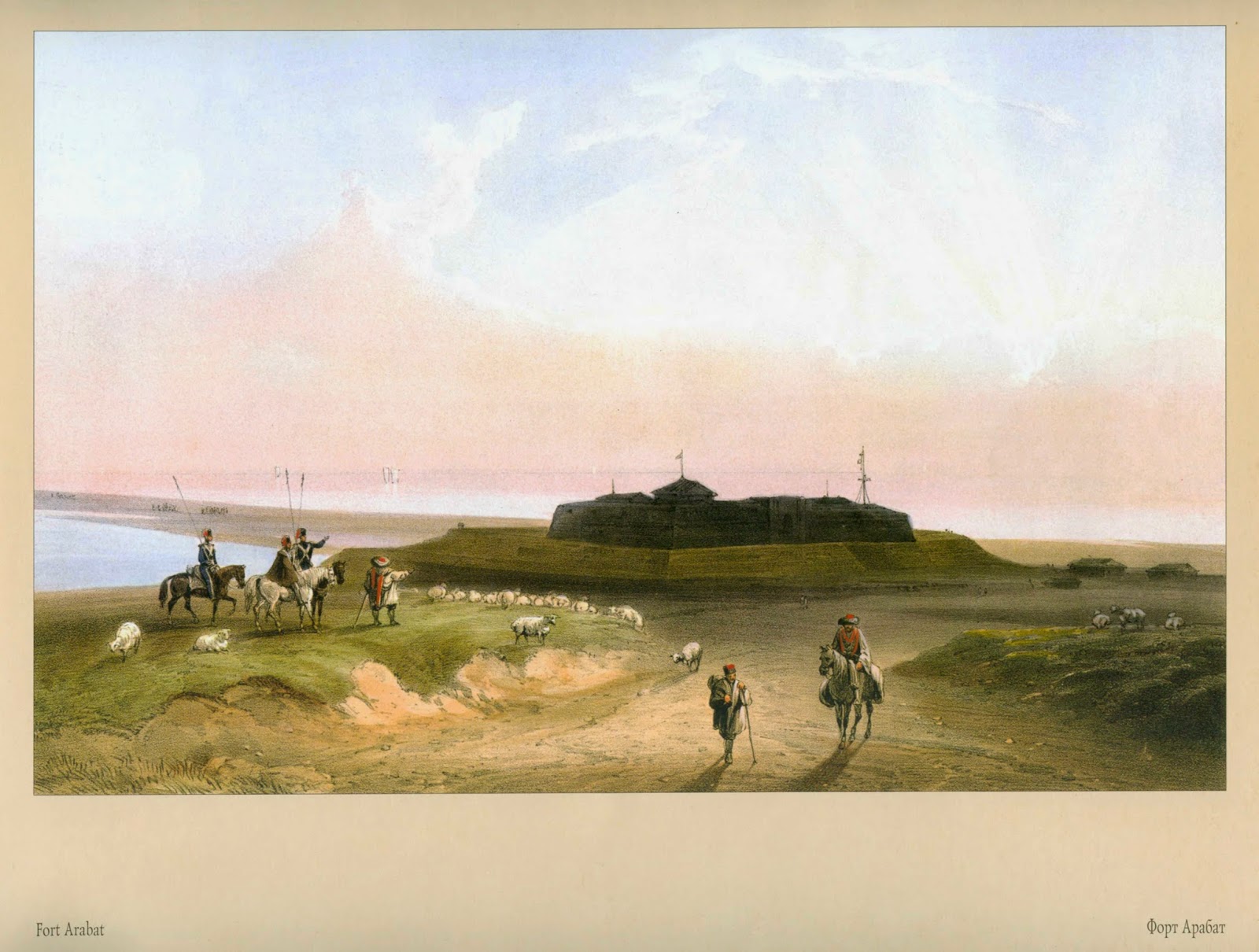 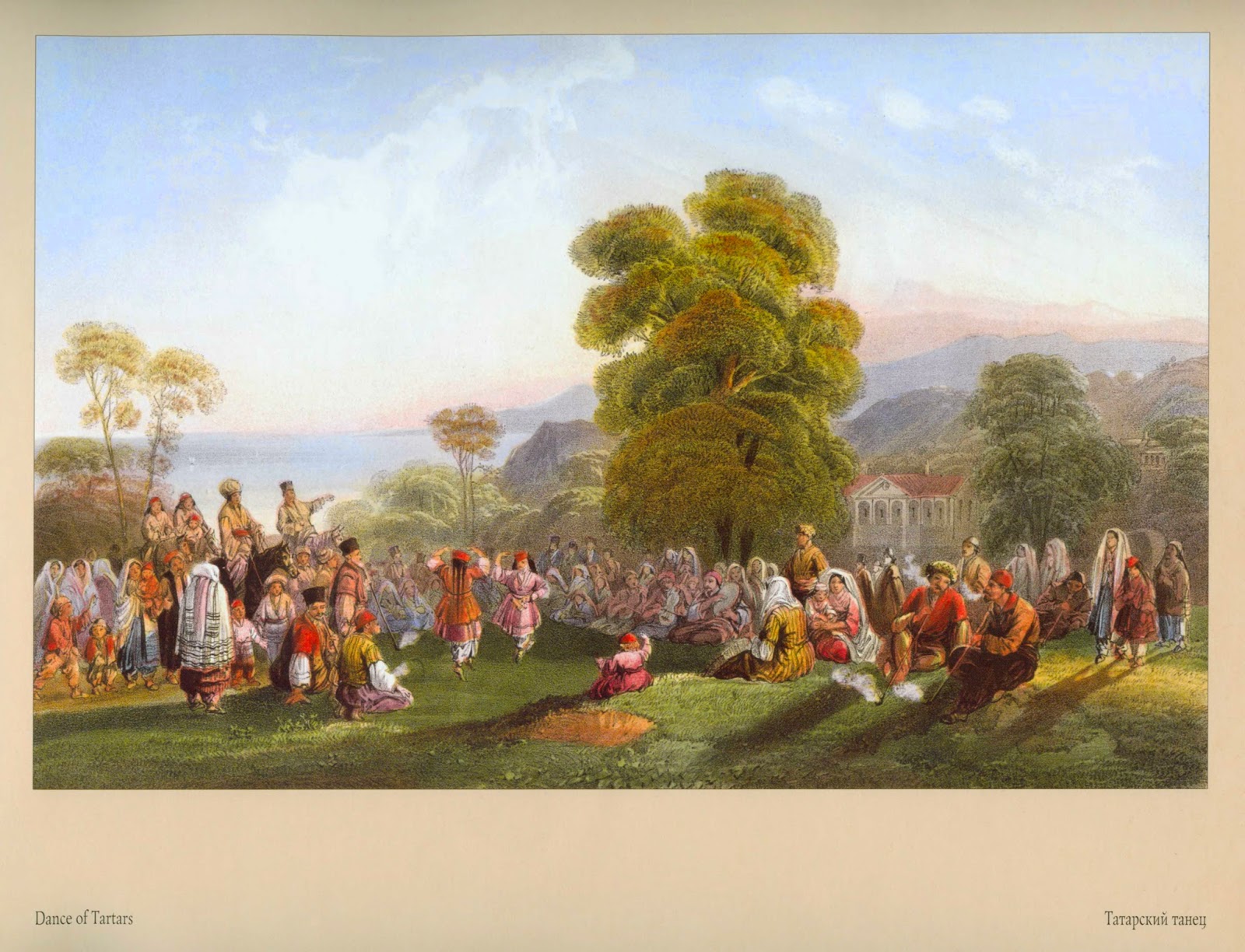 a night  image of Bakhchysarai painted in 1857 by Bossoli 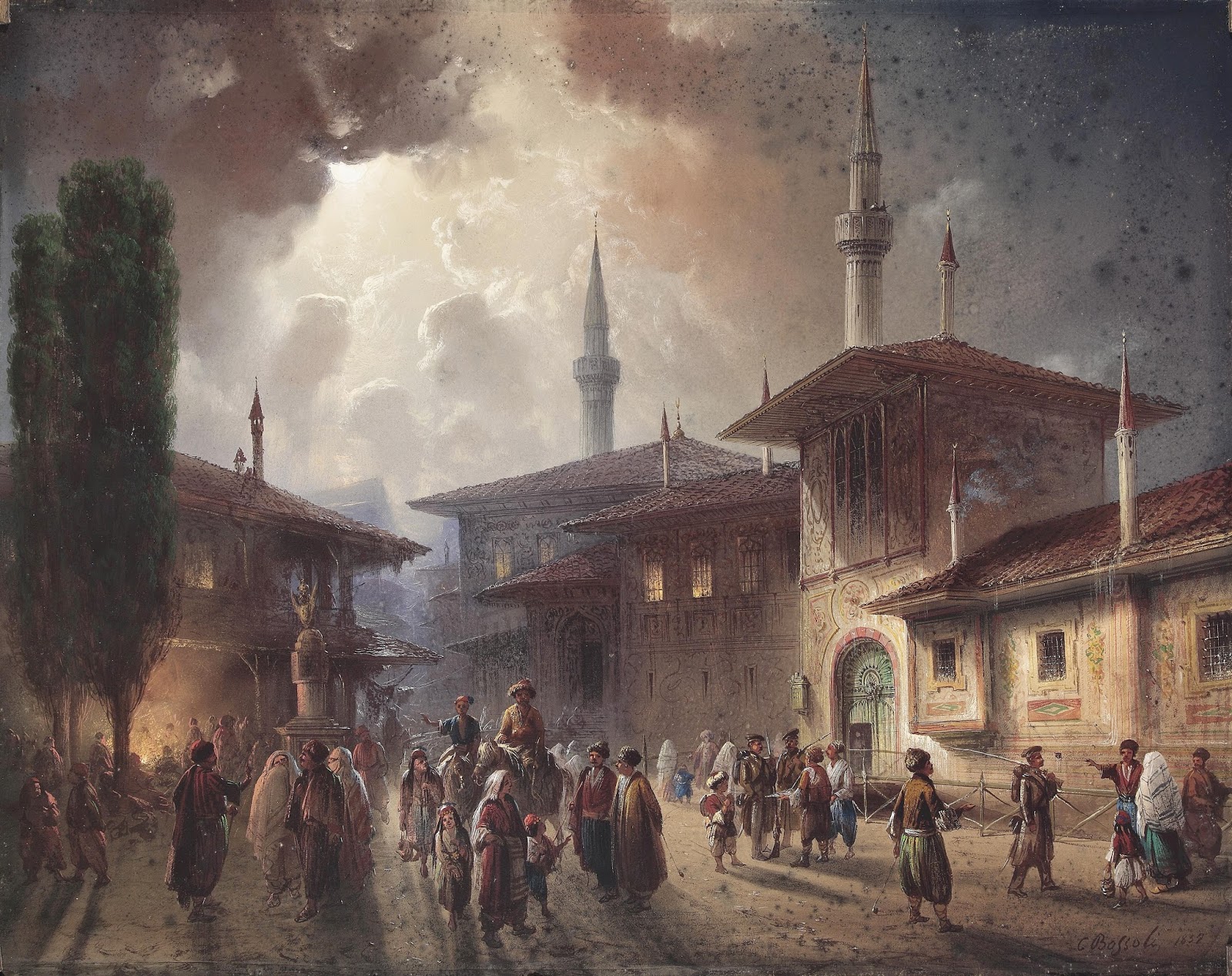