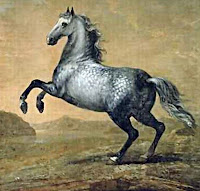 Salve,
yesterday I brought 2 images showing Polish horses and their 'furniture' from the publication titled ''Certamen Equestre'' (actually the title is quite longer) - a set of almost 70 engravings showing the Swedish royal horse show given in celebration of the enthronement of the new Swedish monarch Charles XII, last warrior king of Sweden..

David Klocker Enhrenstrahl was this new monarch's painter (official court painter from 1674), first being the painter for the famous Swedish general Wrangel. It seems that he was the author of the drawings that Georg Christoph Eimmart the younger engraved  creating the plates of the certamen equestre, finally published  by messer David in 1782.The engravings of the Certamen most certainly have the similarities of messer David other equestrian images, especially the  smaller heads on bent necks, movement, flowing tails and lively disposition.

I would like to show here some of the paintings and engravings based on messer David work or his atelier (being rich and famous he most certainly had a school and disciples who did most of the work)
... Charles X 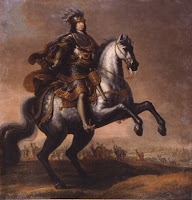 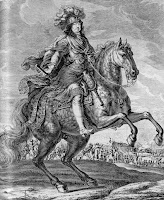 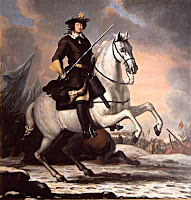 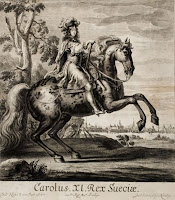 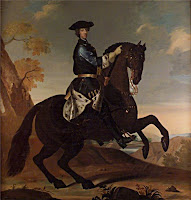 ... this is famous Wrangel, riding rather smaller horse, perhaps a Spanish jennet. 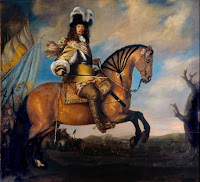 ... fabulous appaloosa or 'tarant' (in Polish),   a bit similar to a painting by Italian painter in Poland Dolabella, so perhaps this is a Polish horse (Sweden had many of those, having pilaged Polish-Lithuanian Commonwealth during 1655-60 Deluge) 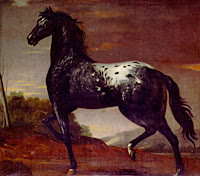 ... a paint ('srokacz' im Polish) with a small head and graceful neck, perhaps of Polish breeding too 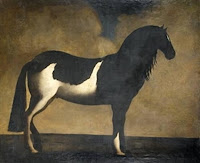 ... another appaloosa, perhaps a horse of Spanish-Danish breeding, but mind you that Polish cavalry division (many thousands of Polish-bred horses, stallions to a large extend) under regimentarz Stefan Czarniecki came to aid the Danish in 1658/9, and perhaps these Polish horses, often very multicolored, infused Danish breeding with their genes etc. 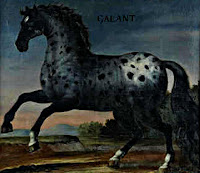 ...
this painting is perhaps from messer David's atellier or perhaps his own, I am not sure, but it shows young king Charles XI 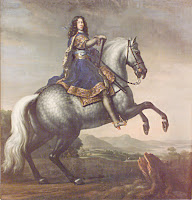 ...
Well, there is a decent body of splendid equestrian art, perhaps there are many more in Sweden. One thing seems to be certain that contrary to later practices excluding spotted horses, XVII century riders were still interested in using these multicolored mounts, not finding them inferior due to their coats.
Posted by Dario T. W. at Monday, December 19, 2011