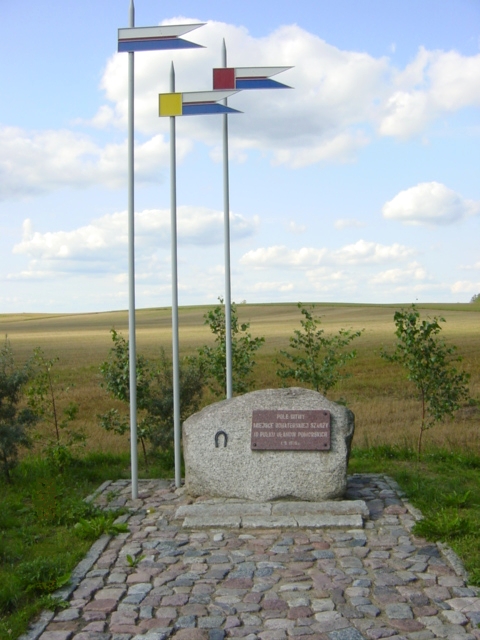 yet another anniversary of this hugely consequential date - this is for ever the day of sorrow, mayhem and lost hope. 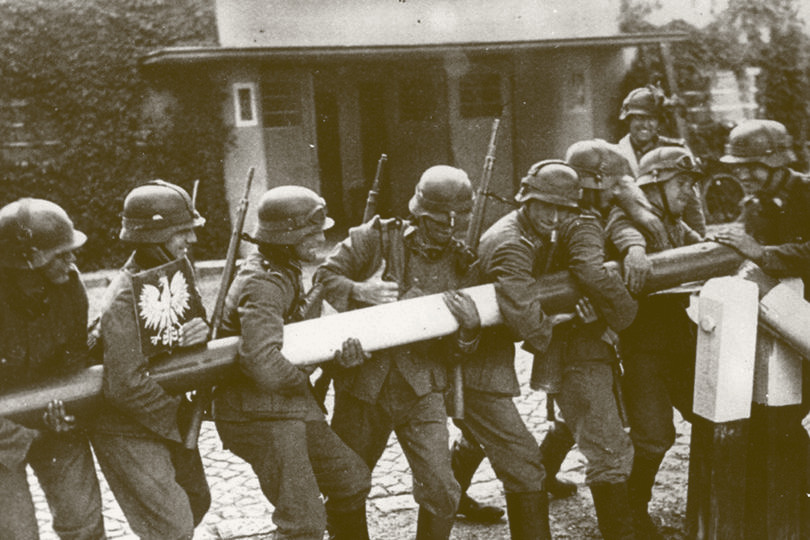 Pacem Aeternam to all, including all the children that died killed in the wombs of their murdered mothers or caused to have died due to the actions by the  Germans and Soviets between 1939-45.

on this day in 1939, our Polish Republic cavalry regiments and squadrons took to the field with bravery and zeal. One of their actions was  an attack carried out against the invading German mechanized infantry at Krojnaty, near Chojnice. 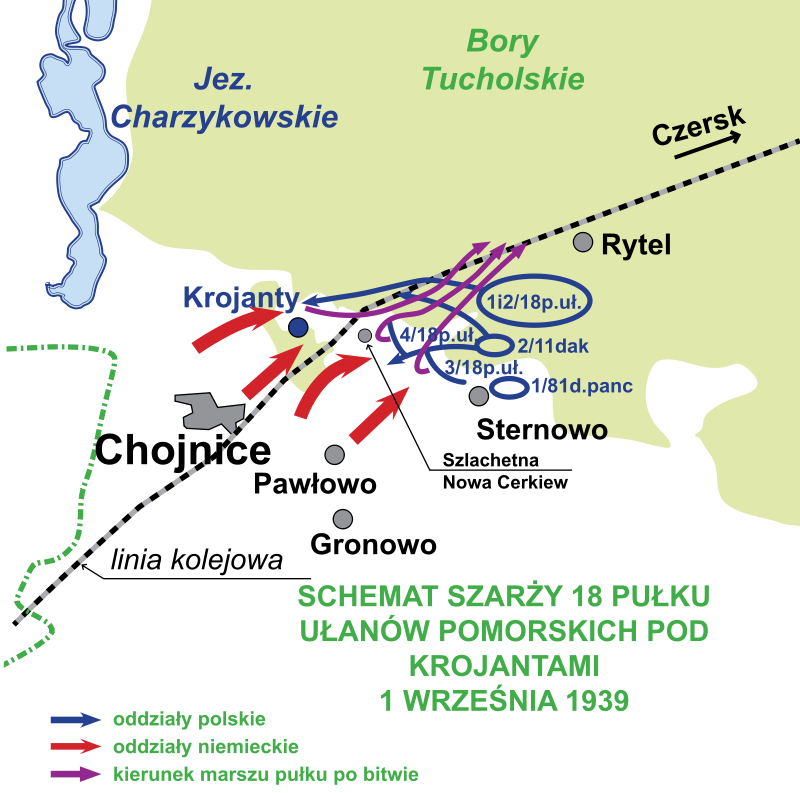 Nota bene Chojnice was a town and castle  in wich vicinity but in 1454 AD Polish Royal army was defeated by the  mercenary army of the Teutonic Knights right at the onset of the great conflict  called the 13 Years War. 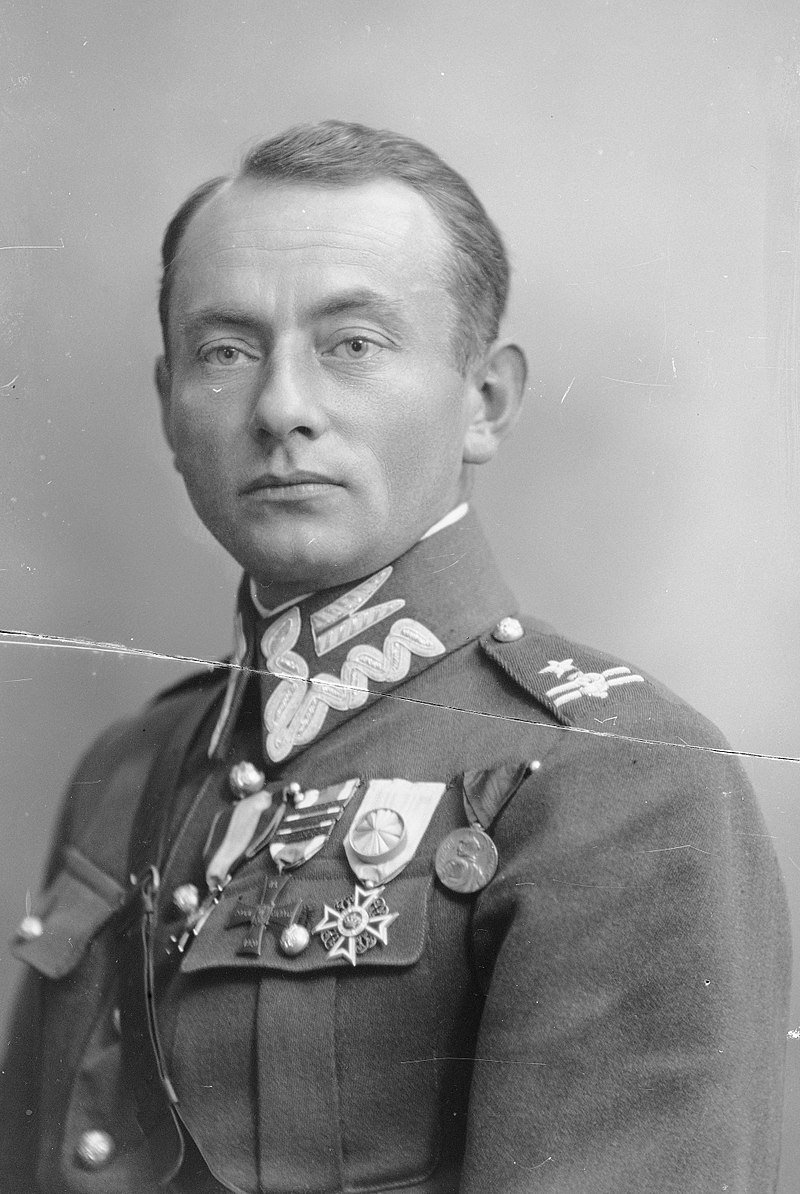 in the late afternoon on that day the 18th Pomeranian uhlan regiment( part of  the Pomeranian Cavalry Brigade) was personally commanded by colonel Kazimierz Mastalerz - hero of the war of independence 1918-20, among many battles and fighting he took part at the cavalry charge of Arcelin, August 17, 1920. He was awarded Virtuti Miliatri, both the Gold and Silver ones, and Cross of Valour.
So the regiment took to the field in the wooded areas on the outskirts of  the Tuchola forests near Krojanty and upon the orders from colonel Mastalerz the 1st squadron under rotamiester(cavalry major) Swiesciak successfully charged, sabres in hand, the unprepared German infantry - 7th company of 2nd battalion of 76th motorized infantry regiment. 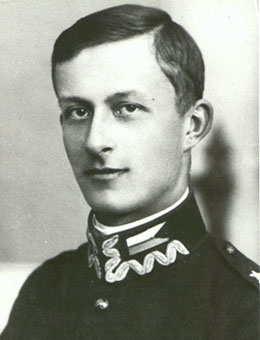 However having crossed the routed infantry lines the uhlans advacnes  into the open meadow where they came under fire of the German machine guns and other weaponry from the secluded  armored cars etc deployed from the direction of Chojnice. The 1st squadron rotameister and the front lines of his command were felled by the German fire. 1st squadron wheeled and went back to gallop across the routed German infantry , but this time they offered more resistance, so the withdrawing uhlans sustained more wounds and loses, due to the German fire they had to dismount and walk across the train tracks and until they crossed the tracks and across small woods they  rejoined the 2nd squadron, and continued their withdrawal.
Colonel Mastalerz and his retinue, having seen the charge by his 1st squadron, i.e., their success and then defeat, moved onto the nearby hill (500 meters from the scrimmage area) and at that moment received three artillery salvos (friendly fire most likely). Colonel died along with 2nd lieutenant Milicki and 2 soldiers, and two more uhlans were seriously wounded.
In this action 18th Uhlan regiment lost 25 killed, at least 50 wounded and perhaps more than a dozen taken prisoners. Also they had taken serious losses in horses and equipment, while German loses are quite impossible to determine, as they sources are scant and incomplete. The blooded uhlan regiment moved away from the battlefield towards Rytel and fought on during this part of the defense maneuver carried by the Polish army.
The charge, at first successful and then defeated, accomplished its tactical purpose - for the cavalry action caused the advancing German motorized columns to stop and regroup near the highway from Chojnice, which allowed Polish units of the Pomorze (Pomeranian) Army to take defensive positions near Rytel and fighting went on. 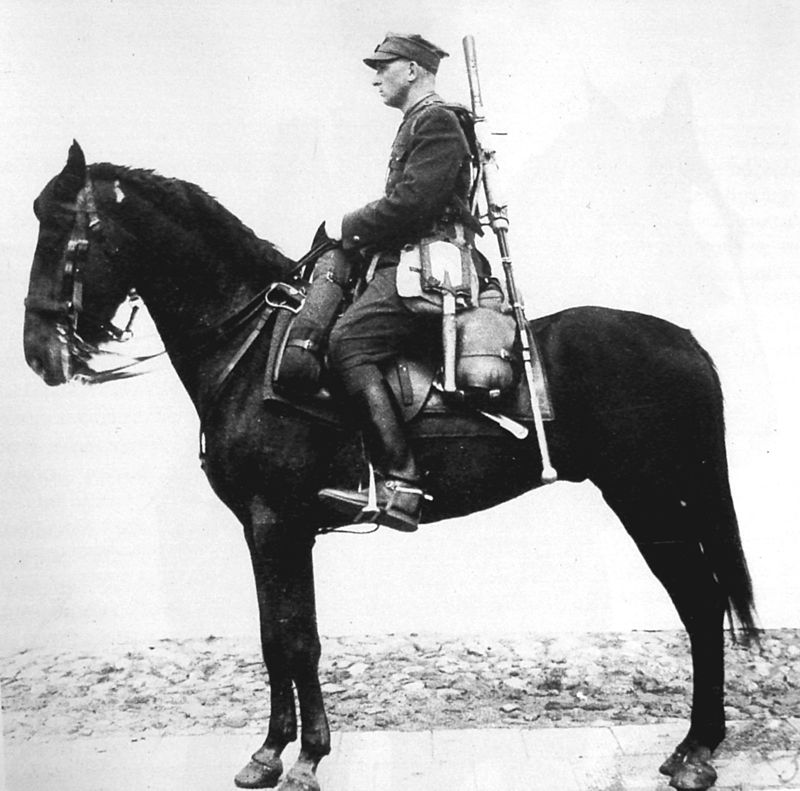 this year, the weekend of 3rd-4th of September,  there will be another celebration of the engagement at Krojanty,  so if you are near by perhaps you could visit and enjoy a weekend of cavalry reeactment.

the first part of the book, some 30 pages, consists of his recollections about preparing for and fighting the Slovakian army units on the southern Polish border (near Dukla). In September 1939 the Slovak army was but a small part of the German invasion force attacking Poland from the south and southeast.

His own command - 1st company of the 2nd KOP battalion - held their entrenched positions in the mountainous terrain for 8 days; while the first actual German assault they fought off took place on the 8th of September. Then the orders came to withdraw towards Sanok and more fighting and marchers followed.

Therefore this particular officer and his company made a successful fighting trek across the southeastern Poland, where having regrouped at Turka, they also fought the Ukrainian nationalists-insurgents (or German led Ukrainian) V column units around Turka, rather close to the Polish-Hungarian border on the 17th and 18th of September , and then they marched to Sianki where they crossed into friendly Hungary on the 19th, thus ending their participation in the defense of Poland '39...

Consequently this officer, Stefan Kazimierczak, went from Hungary to the Polish armies training in France, he then defended France in 1940, was taken prisoner by the Germans during the late French campaign, run away from the German laager into the Vichy France, crossed the Spanish border and was interned in Spain, again run away from the interment and crossed the sea to UK, trained with the Polish forces in exile and as part of these Polish contingent forces fought and liberated France 1944, then Netherlands 1944, and took part in the conquest of Germany 1945 etc .. at first being an infantry and then armored division officer and gentleman.