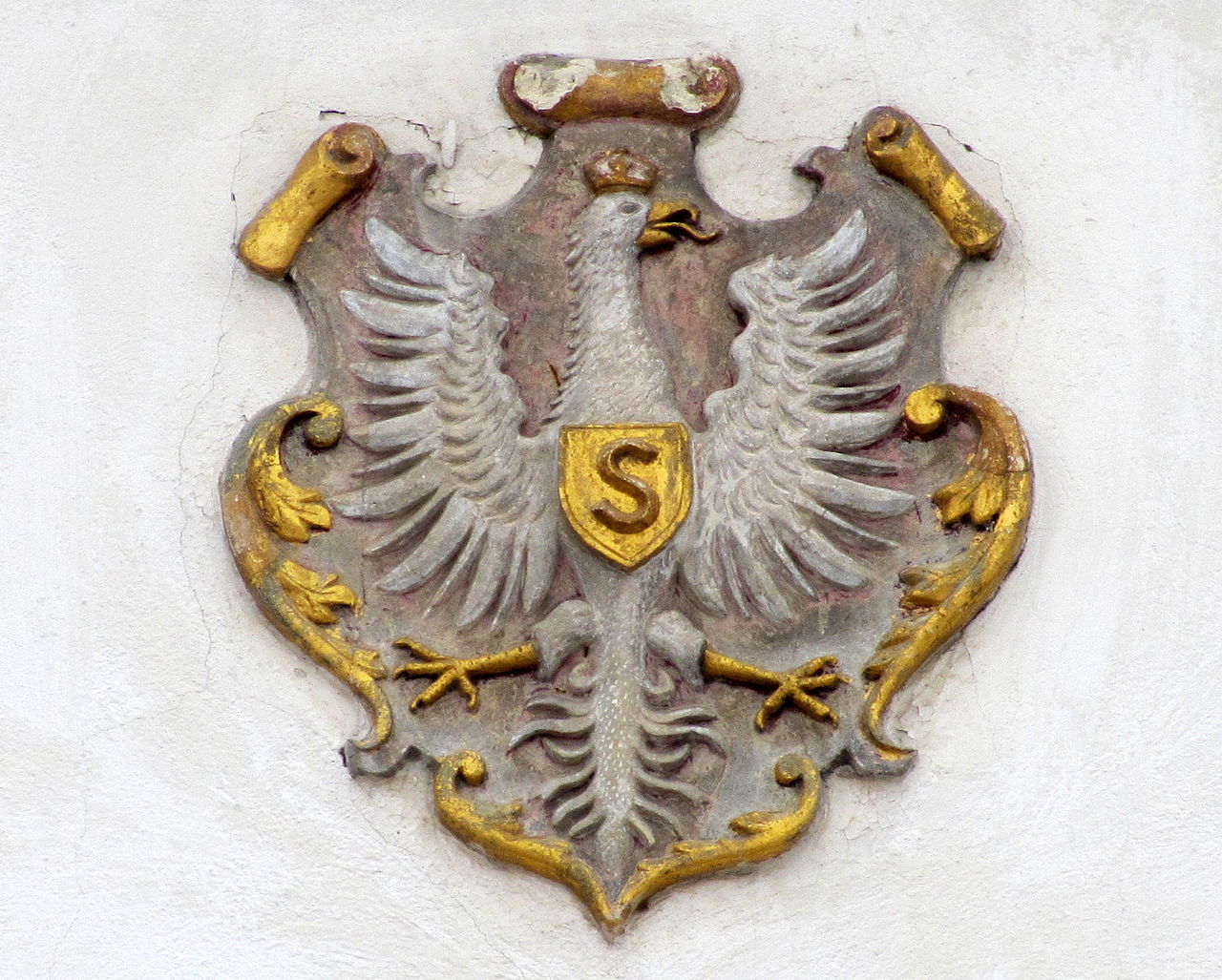 and as every year on this day we commemorate the 2nd battle of Orsza 1514AD. 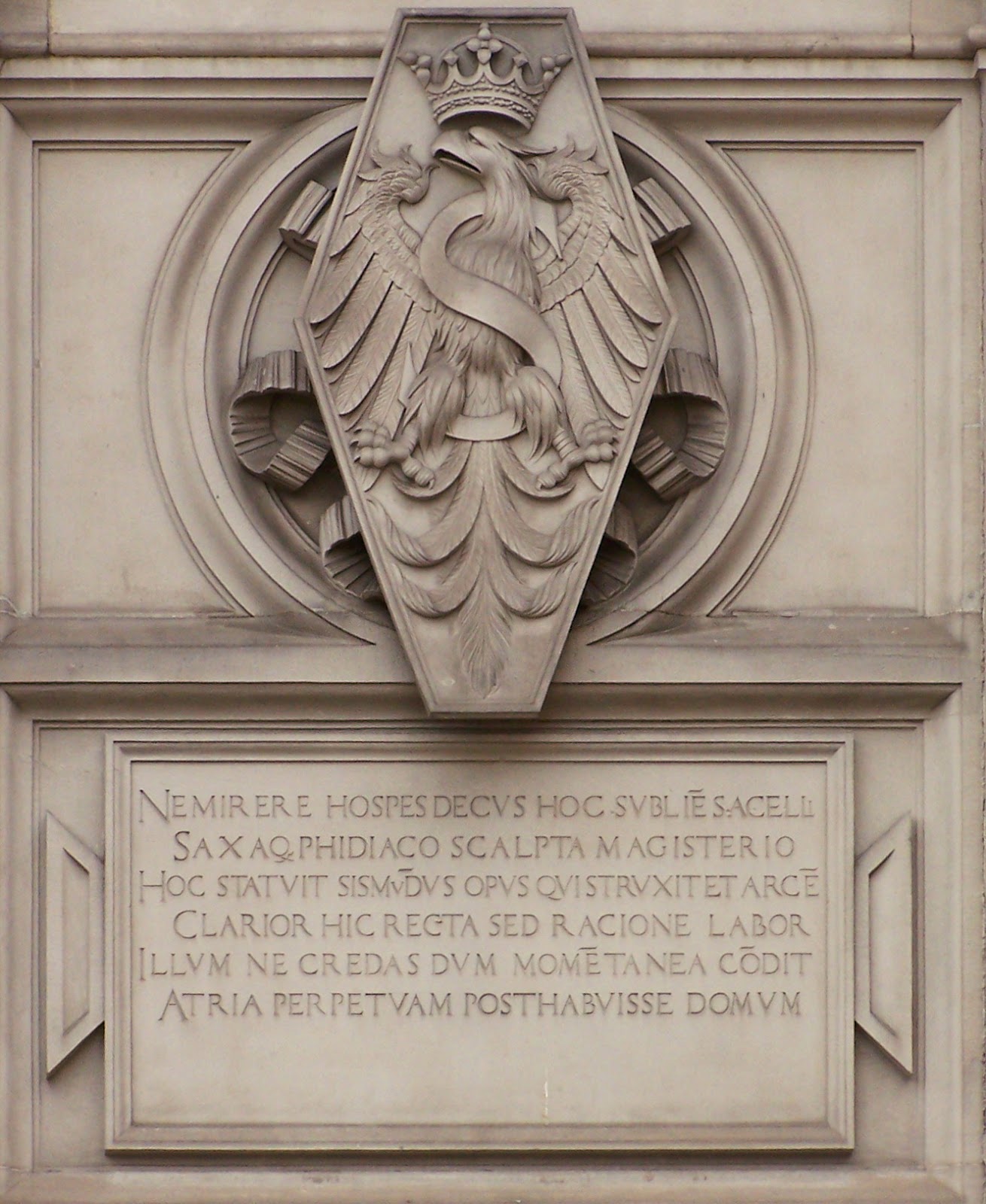 King Zygmunt I Stary (Sigismund I the Old) and his army commanded by prince Konstanty Ostrogski, Ostrogski coat of arms, and hetman Janusz Swierczowski, Traby coat of arms,  won resounding victory over grand prince Vasili III and his  Muscovite army(augmented with the Tatar allied and converted recently into Orthodox Christianity). 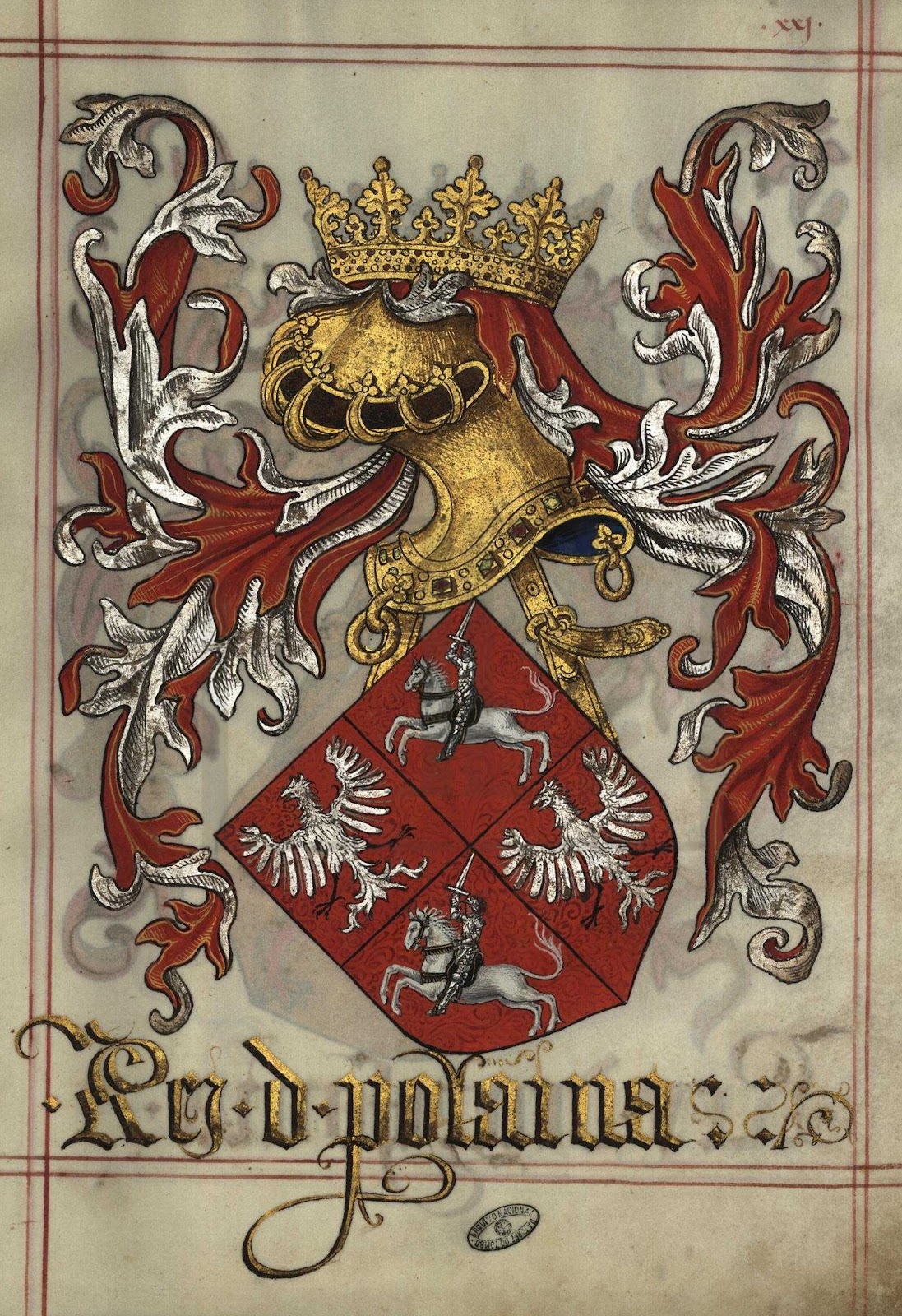 Our king lost Smolensk, his largest and most needed fortress, to Vasili III and his commander Lithuanian Michal Glinski in July 1514- perhaps a 80 thousand strong Muscovy army , with camp followers, servants and retainers, invaded our king's eastern realms in the Spring of 1514Ad.
Polish historian and prolific researcher of this period  prof. Marek Plewczynski puts some blame on the Lithuanian commander prince Ostrogski, who perhaps like the ancient Cuncator tried the tactic of  hanging on  awaiting for the expected large number of Polish Crown troops, but before they could have come to the rescue the fortress of Smolensk fell to mighty charm or magic spelled by prince Glinski. The stronghold at Orsza, however,  defended by Jan Spargeld with resolve and under much less assault than Smolensk withstood perhaps a weaker Muscovite siege and repelled their assaults until king's army came in August.

Having gathered his nobles, retainer, mercenaries and volunteers it was at Minsk in Grand Duchy of Lithuania where our king reviewed his armies before seeing them go east:

Perhaps as many as 38 thousand horse and men including unknown number of guns, plus many thousands of camp followers and retainers had gathered at Minsk to march onto river and seek a return of captured Smolensk to our lord king's domain.

King decided to stay with 4 thousand soldiers at the fortified camp at Borysow, on the Berezina River, while the combined king's army marched having forded Berezina and forced, with artillery fire,  the vanguard of the Muscovite army to quit the vicinity of Berysow on August 27 and then the royal army marched after the enemy toward Orsza and Dnieper. On the 28 of August Polish vanguard led by Jan Pilecki defeated a Muscovite rearguard ambush, and our royal army continued on the Orsza Road to the Bobr River crossing where at this ford another action was fought, where starost of Rohatyn Jan Boratynski defeated 2000 strong Muscovite command and took their commander, voivode Kiselich(?), prisoner.  During another action by the royal vanguard rotmaister (Captain) Jan Sapieha's command defeated  another Muscovy command.
Voivode Ivan Chelyadnin, who now commanded the entire Muscovy grand prince's field army in this area of war, aided in his command by prince Mikhail Golitza and prince Dymitr Bulgakov withdrew across the Dnieper keen on attacking royal army during their fording of the big river, always a difficult and dangerous maneuver in warfare  for the fording command.

and so the opposite armies stood, then during the night of 7-8th of September our royal army engineers built two wooden pontoon bridges, on top of wooden large kegs,  the whole royal army crossed fast and the battle joined and the men with lances, bows and arrows, swords, matchlocks and halberds, pikes and axes in hand went to achieve victory. 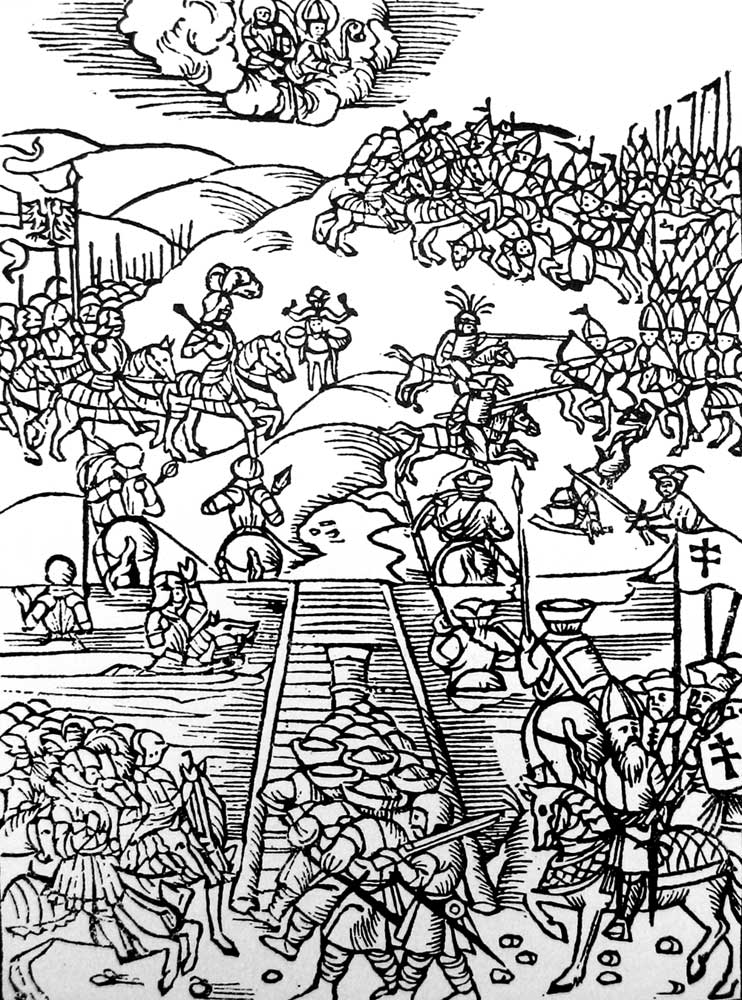 Ostrogski has become the field victor of this battle  - being supposedly the commander of the combined echelons of the royal army - and here we see this brave Ruthenian as he was seen in this 1540s? Radziwill family painting - now at the Polish National Museum at Warsaw. 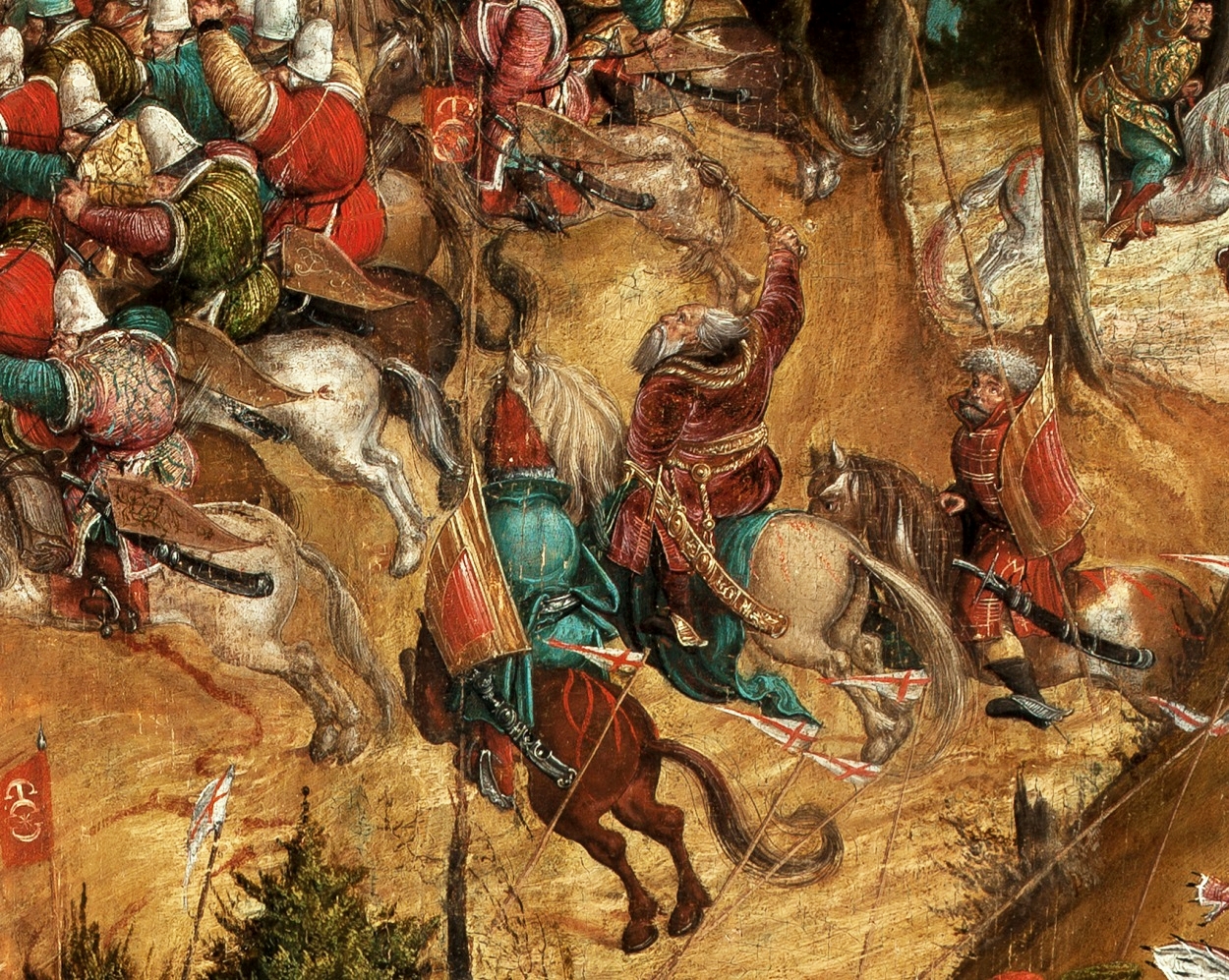 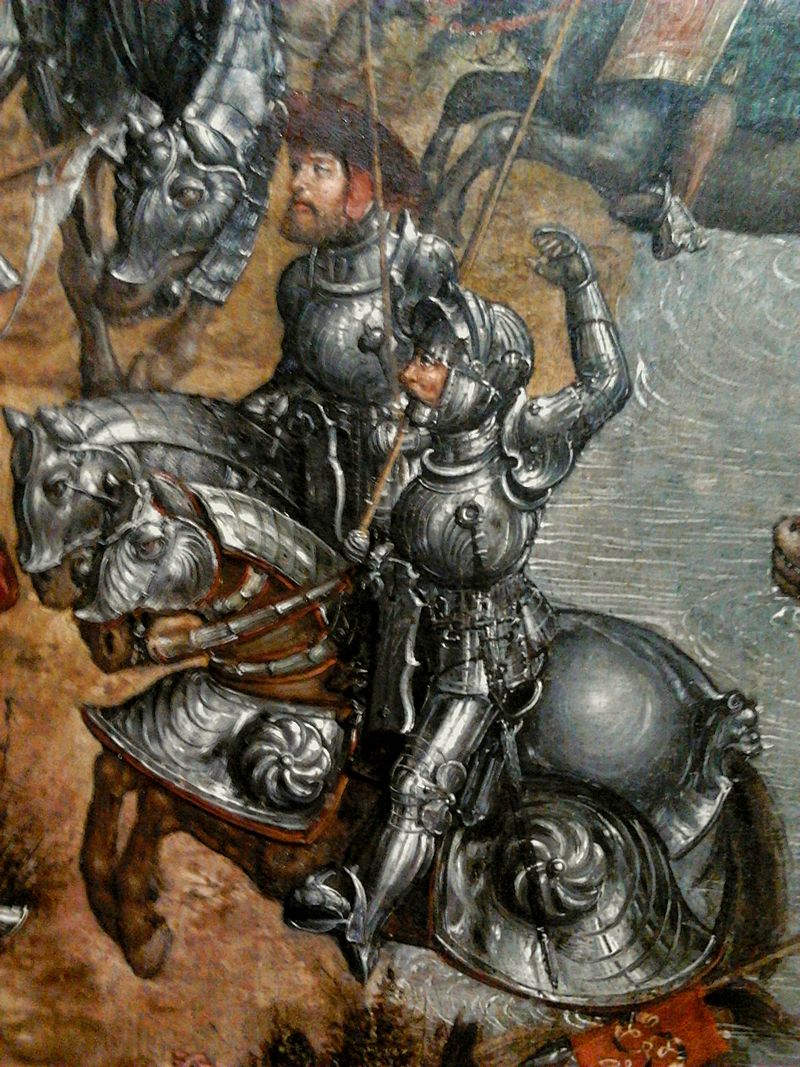 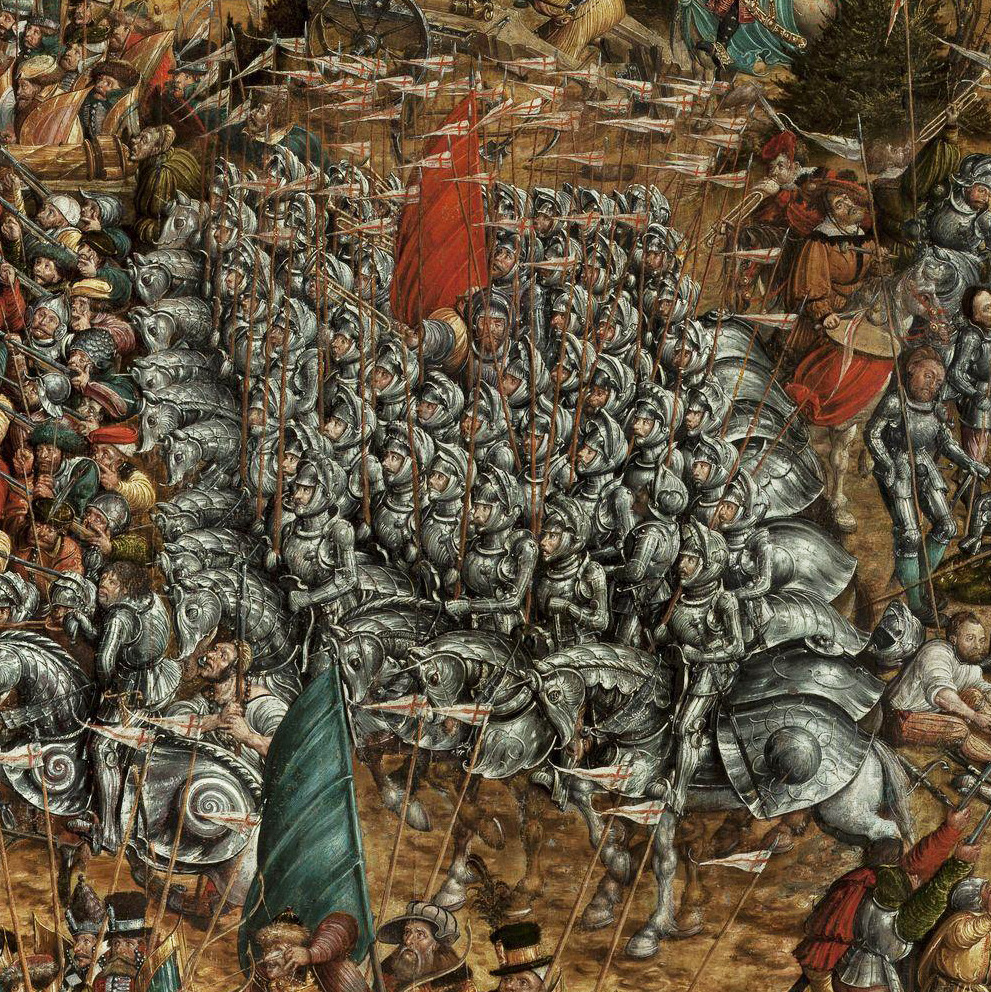 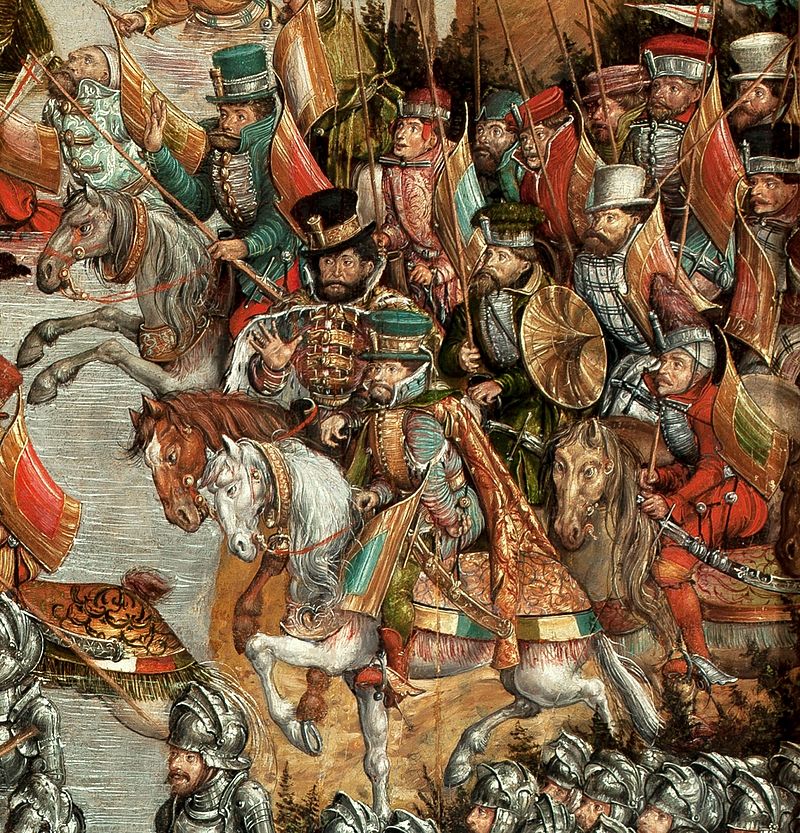 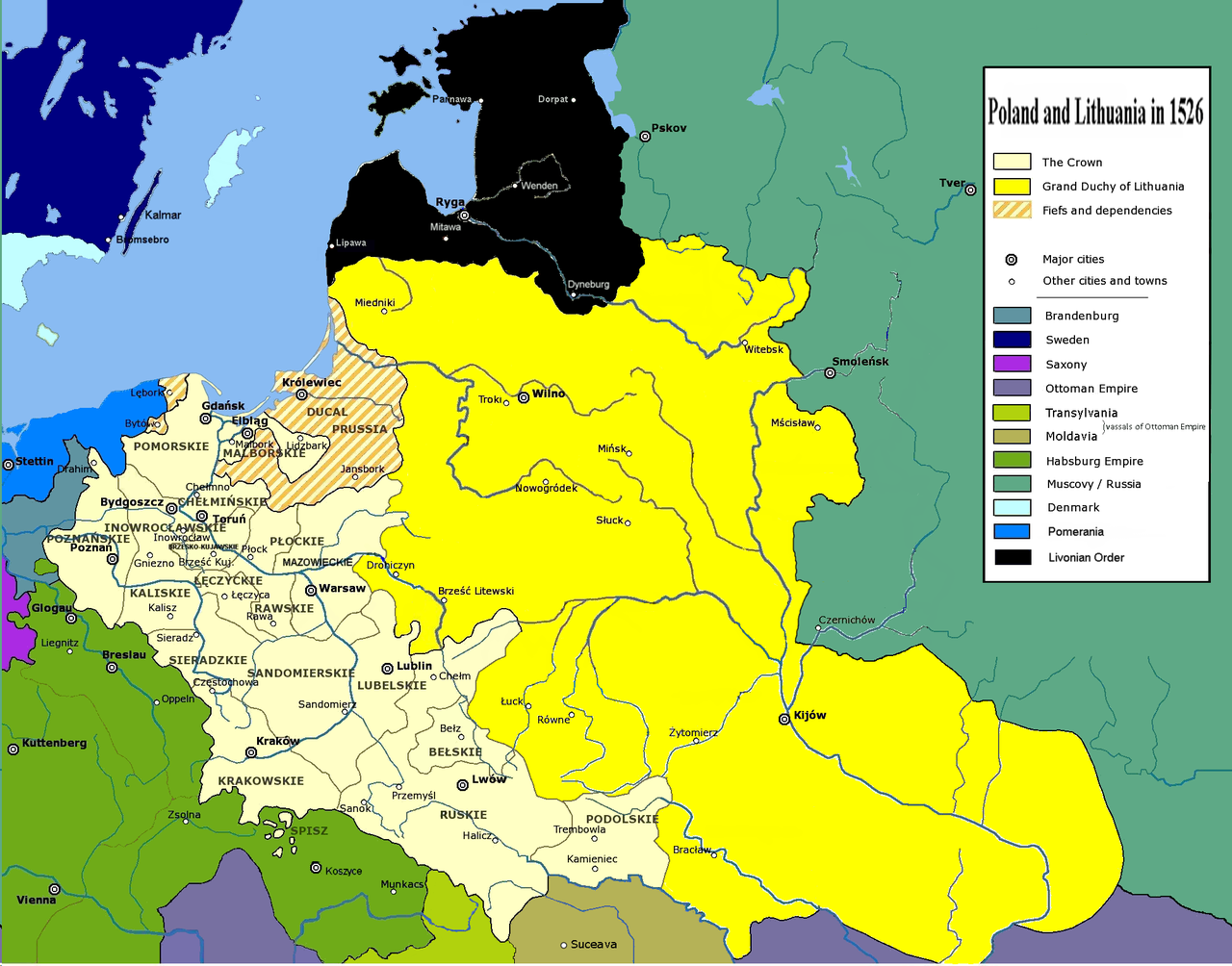