Salvete Omnes,
April is almost over, so let us have a little dose of late Medieval manuscript illuminations; for the ills and hopefully also joys of this truly strange Spring of 2020.

Below a detail showing the Amazons  from the illumination below 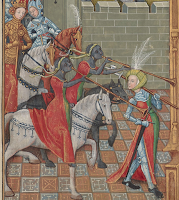 We can study and enjoy the art and imagination of Robinet Testard in the manuscript titled  Les Secrets de l'histoire naturelle contenant les merveilles et choses memorables du monde. - it is thought that he painted these  illuminations circa AD 1480-5.
Prince Henry the Navigator, the mastermind of  the Portuguese oceanic exploration and trade, was dead some two decades earlier, and his compatriots already were sailing along African western coasts, farmed Madeira and the Azores,  and in 1488AD  the Bartolomeu Dias' ships will round the Cape of Good Hope, opening the route to fabled India.
The Castillans (subjects  of queen Isabel's Castilla- Castile) conquered the Canary Islands and in coming yers she would sponsor Cristobal Colon (Columbus), who would sail his small flotilla from Sevilla in the summer of 1492AD.
In 1485 the Age of Discovery was just around the corner for maser Testard, who lived until 1530AD, and his French readers and patrons. 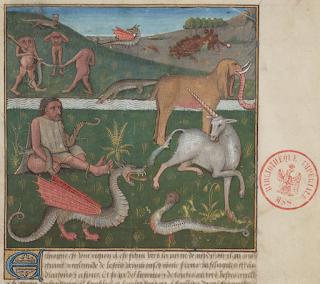 The manuscript has been digitized and can be read and viewed in its entirety at Gallica French National Library. More details about the plates can he read here (in French). 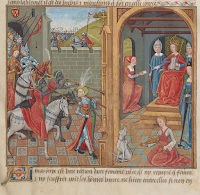 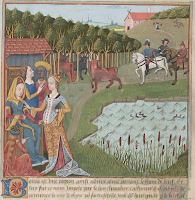 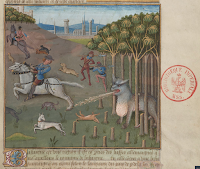 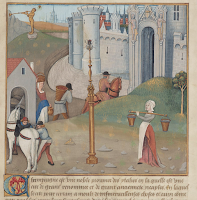 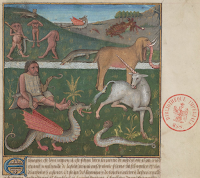 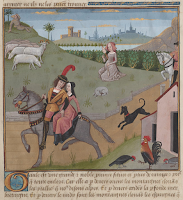 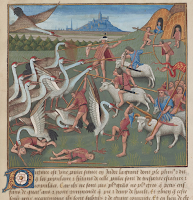 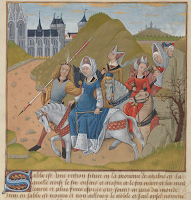 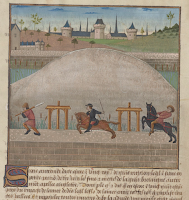 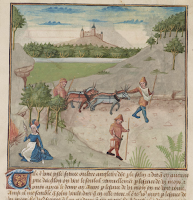 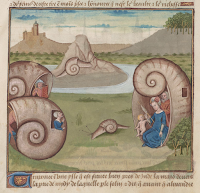