Salvete Omnes,
a short entry on a Medieval manuscript from Gascony,  one of the treasures at the French National Library aka Gallica [on line]. 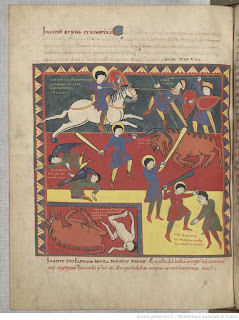 The illuminations shows a couched lance technique, presumably very early in the medieval representation of such mounted lance technique, at least several decades prior to the famous Bayeux Tapestry of the Normans.
Beatus de Saint-Sever  or Apocalypse of Saint-Sever (Paris, Bibliothèque Nationale, MS lat. 8878) contains some beautiful and interesting iconography regarding horses and riders, horse tack and riders' arms and armor. We see saddles with high pommel and cantle (painted), bridles with a curb-bit, horses seem to have been shod. Riders are mounted on stallions or so it seems. The knights are suing spurs and saddles have also the breastplate and crupper. All this circa 1050AD.
Four Horsemen of Apocalypse 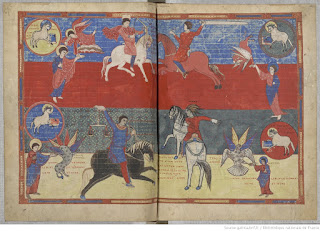 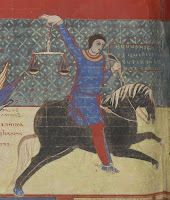 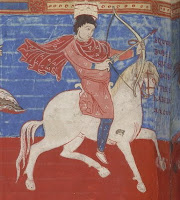 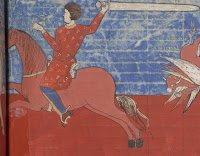 milites or XI century warriors. It was that armored, lance-wielding  mounted warrior  whom    the Catholic Church 'transformed into a knight thus creating the chivalry , and at the very end of the XI century these miles christi would go on crusading in the Holy Land. 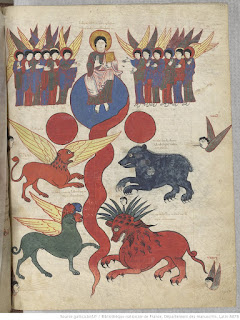