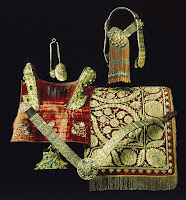 from the Swedish collection comes one of the most splendid early modern Eastern European horse furniture sets (saddles and tack) attributed to the Hungarian prince Gabor Bethlen (died AD 1629 - map of his possessions, and the changing borders of Transylvania ). For the purposes of our Polish history this prince was a mixed blessing, but we should note that :
Since 1610s he had  sought to influence his Turkish overlords to invade Polish-Lithuanian Commonwealth,  which they did in 1621, but perhaps due to the Polish private and state actions in and around the Danubian Turkish fiefdoms.
During his wars against the Hapsburg(part of the 30 Years War) but for a short while (2 years)  he ruled over a part of Poland,   he became the overlord of the Opole-Raciborz duchy, then in the Crown of Bohemia and part of the Upper Silesia.
They say he was looking to become a Polish king, so in his pursuit of the Polish crown his diplomatic actions lead him to seek alliance with Gustavus Adolphus and grand duke of Muscovy in 1620s.  He died before his actions would have born any fruition.
Hungarian webpage about his times and armies - a pdf file in English about the soldiers of Gabor Betlen can be had from there 'libre.' 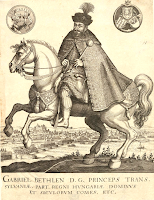 Ergo, allow me to share with you the 'corralled items' from this set:
the saddle with stirrups, shabraque and saddle pad 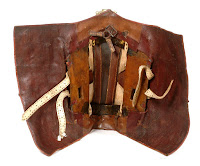 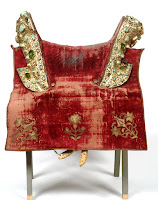 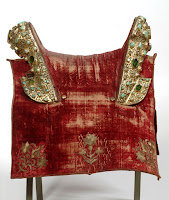 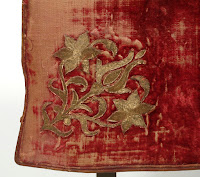 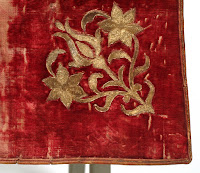 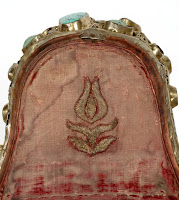 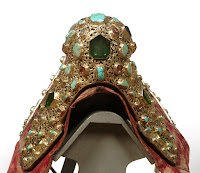 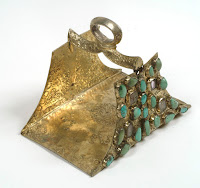 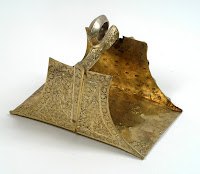