Salve,
back to horses and away from the madness of our world...

...perhaps the time is ripe to take a look at the Crusades and Outremer (Crusader states in the Levant/Near East ), and by Jove, I will try to do some this year (fingers crossed :) ).

Basically, I have been skipping the Middle Ages (and by that therm I mean the European history between the Muslim conquests of 630sAD and discovery of the Americas), but for several on the Medieval warhorses, saddles etc.

Thanks God, we can use images from the period - great depositories at  Wiki Commons and other fine 'open' websites offer us plenty of opportunities -
so in this spirit several images from the Siculo-Norman cultural area, i.e., the Kingdom of Sicily ruled already then by the Holy Roman Emperor Henry VI  and drawn by Petrus de Ebulo (Pietro or Peter of Eboli) around 1196 AD. The work comes from a manuscript ''Liber ad honorem Augusti'' (held presently in Bern, Switzerland) but published and available here with Italian commentary.
Roger II of Sicily 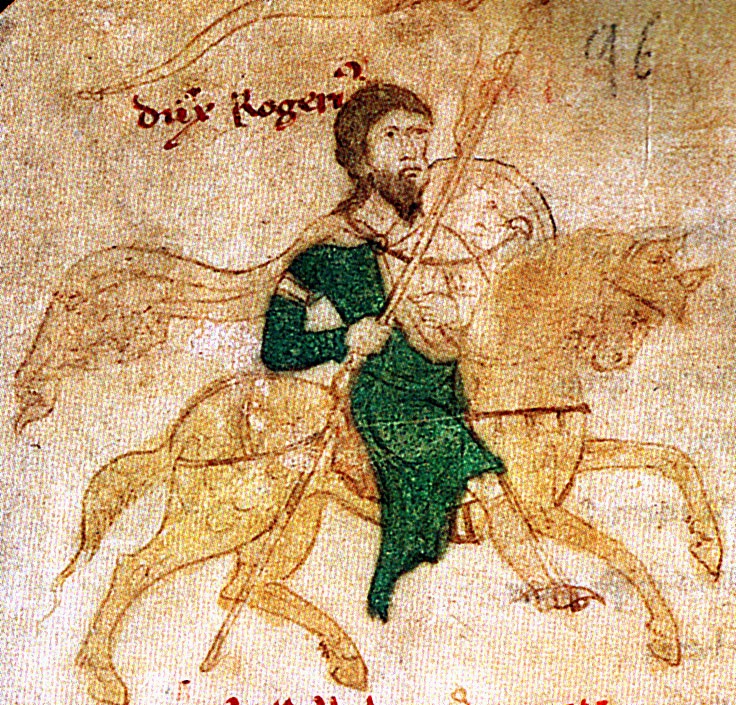 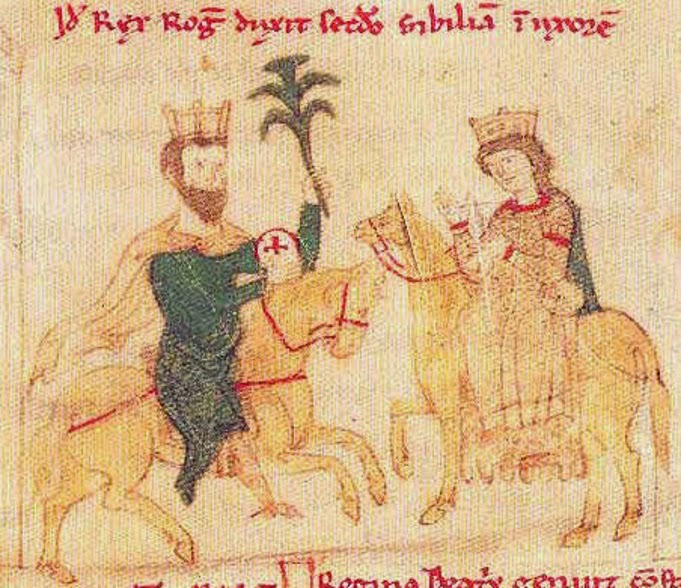 The conqueror of the Siculo-Normans - emperor Henry VI

Constance of Sicily, clearly riding a palfrey while seating a side-saddle. 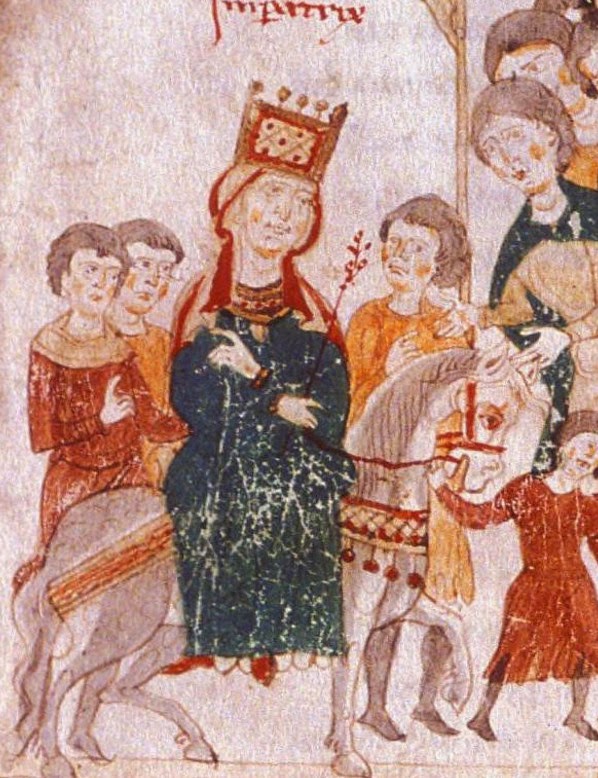 Note that all riders use a form of curb-bit and riding holding reins in one hand.. queen's horse tack is especially rich and beautiful, while her horse seems to be a dapple-grey one.

Dr. David Nicolle and his prodigious amount of work will probably figure strongly in this thread - his two-volume set ''Arms and Armour of the Crusading Era 1050-1350'' is a must here.

enjoy
ps
It is a great pity to us readers that the American historical fiction writers always and constantly write about the English Medieval history & characters, when there is this great and unploughed field of the continental Medieval history, while,mind you, most of the Americans are either German, French or Spanish in their descent. Seems like the British royals conquered the US popular culture without firing a single shot (after having lost the two wars 200 years ago - 1776-83, and the War of 1812). Cecelia Holland is a notable exception with her many novels, eg the novel 'Antichrist' telling the story of Frederick II, son of said emperor Henry VI, most successful crusade since the creation of Outremer.
Posted by Dario T. W. at Wednesday, January 14, 2015

To be continued - i.e., Horses of the Crusaders and Outremer