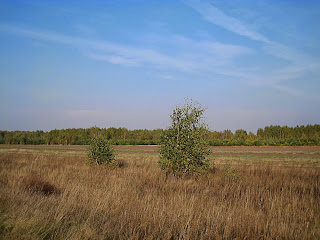 Salve,
I went to Poland and tus my blog has been rather silent, so time has come to return to blogging, with tou dear reader permission - :)

My trip was very fruitful - I visited Wrocław, ancient Polish city on the Odra River, where my friend Darek Bufnal lives and practices his arts - eg you can see his historical illustration on his blog or facebook.

In Wrocław we visited the Ostrów Tumski, National Museum with its wonderful funerary monuments of Piast dukes of Silesia (Ślask), notably I took some photos of Panorama Racłlawicka, and my little point and shoot Canon did all right, but to my detriment I simply forgot to bring our big Canon EOS, my fault it was, no doubt.  I will post these photos here this week, I hope.

Then I saw some really interesting churches and art within -  especially interesting to me were the Renaissance ones located in the really old Polish town of Łowicz and  a village of Sobota (near Łowicz ),  containing funerary monuments of Masovian noblemen in armour of XVI century.

However,  the trip was topped off with a visit to my compadre pan Jacek's ranch located in the picturesque, albeit very flat, countryside of southern Mazowsze - his blogs: Polish and English - who with his lovely wife breeds and nourishes with loving hand a nice  small 'tabun' (herd) of Akhal-Teke horses that graze freely on the flat Masovian Plain.  I will post some of the photos shortly.

see all of you soon
ps
I love fresh raw milk and had a chance to drink plenty, and made some great kefir too,  from milk provided by  grass chewing cows grazing freely in the Masovian countryside. 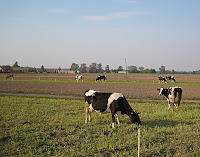 ps"
finished Christian Cameron's novel - of the Tyrant series - Destroyer of Cities, what a feast of historical fiction, mostly describing the siege of Rhodos by Demetrios, son of Antigonus I Monophthalmus   305-4 BC, defended by one of the main characters of the series, young king of Bosporus Satyrus, son of Kineas and Scythian queen Sryanka.
Love the depiction of naval warfare as practised in the ancient Greek world,   imagined and reconstructed by ser Christian ( himself an avid historical reenactor, who amongst many things practices European medieval and Renaissance martial arts, ancient Hellenic reenactment, as well as XVIII century woodland warfare)
*
Posted by Dario T. W. at Monday, October 28, 2013