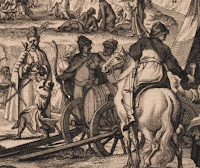 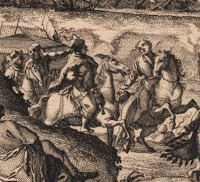 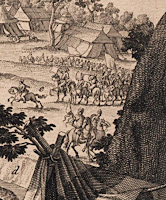 They were going to fight in the incoming Great Northern War (1700-21), the war that destroyed Polish-Lithuanian Commonwealth economy, population and military power.
Posted by Dario T. W. at Wednesday, November 23, 2011

In haiduk's background You can see someone who looks like janissary, most probably from some private troops.