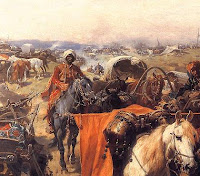 ..
* images from Wikipedia  Orientalist painters page and by Josef Brandt. In my previous post on Ottoman Turks I included various period images, including images of travelers etc, so do explore.
Posted by Dario T. W. at Thursday, August 15, 2013