Wacław Pawliszak - painter of horses - I

Salve,
in the past I brought to your attention the paintings of Wacław Pawliszak, a genre painter whose life was prematurely terminated by Xavery Dunikowski.


Well, I found some more images by this talented artist and would like to share them with you all.

***
Winged hussar in rather more that full panoply but with a short lance and without pistols and koncerz standing guard, perhaps in the royal city of Lwow.

Review of Husaria banners before the king  and hetman , with our fortress Kamieniec Podolski in the background 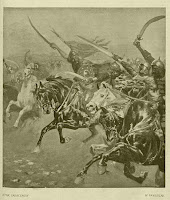 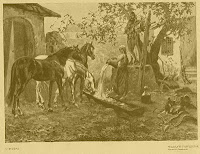 Return with a bride 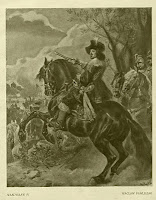 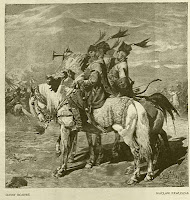 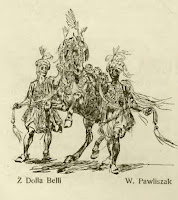 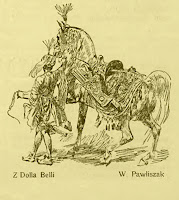 his last drawing of Warsaw firemen squad for ''Tygodnik Iliustrowany'' (the Weekly Illustrated'' published between 1859-1939) - from Warsaw, 1905

And a sort of eulogy written after his funeral, in Polish, with his photo in the center, published by Tygodnik Ilustrowany nr 28 on January 15, 1905. 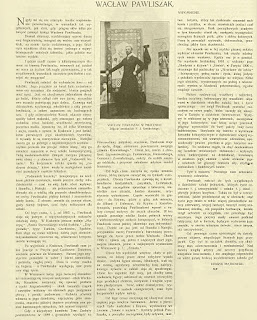