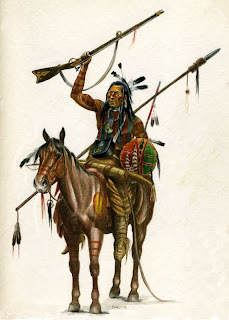 I got another old watercolour of Plains mounted warrior  that I will post next time the Plains warriors are subject of my notes and musings.
pa ka
Posted by Dario T. W. at Sunday, November 22, 2009