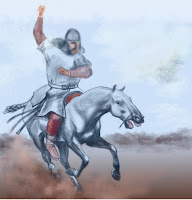 *
original spelling
Posted by Dario T. W. at Wednesday, February 01, 2012 No comments: Links to this post