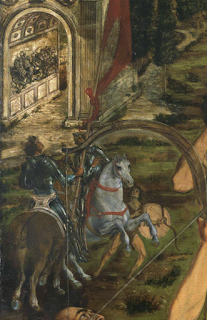 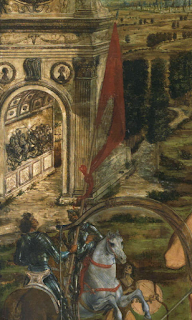 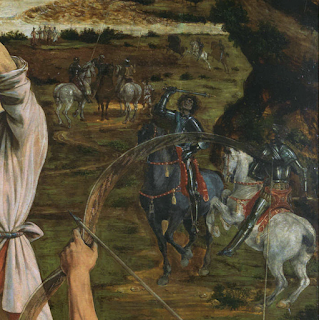 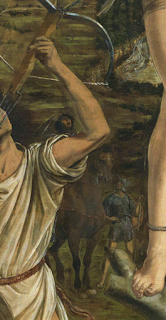 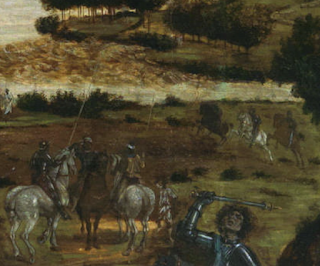 more fine powerful warhorses and riders, at least two riders are with lances, one appears to be wearing an arming doublet.
enjoy
Posted by Dario T. W. at Monday, February 27, 2017

Lovely commentary, and I had not seen these pictures before. The raven horse appears to be doing a piaffe, do you think?

thank you for commenting!
I think you might be right.
I should have written about the warhorse training evident in this painting.
But then we may be seeing things :)